Intercomrade Spotlights is a series that features stories of Intercom employees, exploring their careers, interests, experiences, and hopes for the future.

We chatted to him about why he chose Intercom, his new puppy, and how he paved his own way into his career.

Hi Will! Tell us about a hobby you’ve taken up during lockdown.

The thing that I’ve learned most about is haircare, because salons were closed. I signed up for a course run by hair stylists that teaches you how to best care for black, natural hair. I just started a detox this past Saturday and my hair looks incredible!

I wanted to know the “why” behind hair products. Why am I using this? What is this for? What’s in it? Is it going to dry my hair out? I could talk for hours!

Did you know you always wanted to work in recruiting?

Sort of, yes. I took a course in college with one of my favorite professors. There was a part of the class where you were supposed to interview someone doing something that you wanted to do. And I thought that I wanted to work in HR – I wanted to help people.

I had a contact at Google working in user research and I emailed her and said, “Hey, I know you’re super busy, but do you know anybody in HR or recruiting that would talk to me?” They set me up with a recruiting coordinator who talked to me about everything she was doing and why she was doing it. She was excited about her job.

And so I wrote my final paper on the candidate experience and why it’s so bad in some companies. I guess most people fall into recruiting. I didn’t fall into it – I actually consistently sought it out until I finally got a job in recruiting.

Why did you decide to join Intercom?

Before Intercom, I worked at design and advertising agencies for three and a half years. I was a resource manager, so I was a recruiter, but I also did a whole bunch of other stuff operationally and around project management.

I then decided to move to a production studio because all the great resource managers I knew had experience with video production and animation. I learned a lot and it was really fun, but after a while I became tired of working somewhere where people were not moving in the same direction. I wanted to be part of a team working towards a shared goal.

Intercom had a real recruiting team with people that I could sit with and listen to and collaborate with. I interviewed at a few different tech companies before Intercom and didn’t get the sense that those companies had confidence in my ability to do the job. I originally interviewed for a lower-level job at Intercom, but they told me they wanted me to be a full-on recruiter. And that was just so refreshing. That’s the reason I said yes – because I thought “These people are actually serious”. And I was right.

Which company value stands out to you the most, and how do you see that value playing out in your everyday life?

Obsessing over customer success. I might not be on the product side of things, but in my mind, every time I’m talking to someone, that person could end up being a client or a buyer. They could decide to purchase Intercom at some point. We should treat every single person with respect because they’re going to remember that experience.

How would you describe Intercom’s culture?

Transparent. We also have a culture of learners – it’s not just that people want to learn more about what they’re doing, they’re also curious to understand what someone who’s not in their function is doing. People don’t typically care about recruiting all that much, but people here are actually interested in understanding how we do things.

Also, there aren’t really any egos here. I know what an ego looks like, coming from advertising, and I haven’t really found one at Intercom.

What’s your favorite memory of working at Intercom?

I don’t know if it’s a specific memory. I really miss 4pm desk beers on Fridays. You could go down to meet with some friends and end up meeting people in another function. It never felt awkward. If you wanted to go and talk to the salespeople, you could go, sit down, and just talk to them.

What do you enjoy doing outside of work?

I mostly just take care of my dog, Bernadette. I’ve only had her since March, so just taking care of her is quite a lot. I’m learning as much as I can about the different mannerisms and things like that. Before I would mostly just be hanging out with friends or my partner. 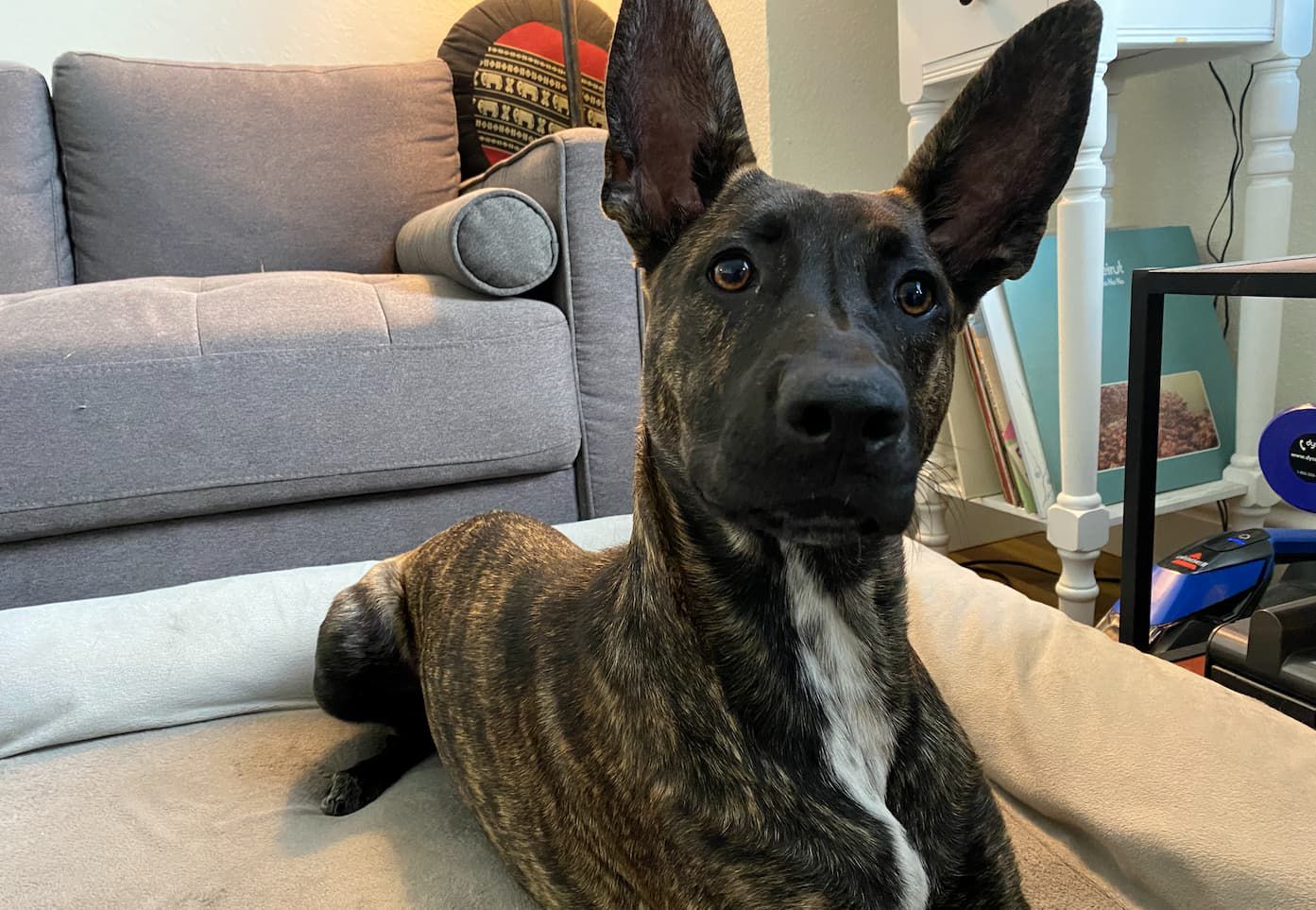 What is your biggest dream?

I’d like to eventually move into marketing. I came from advertising and design agencies and I now mostly support our marketing recruiting efforts. I love talking to marketers about the problems they solve everyday. Every problem and solution is different and I find it fascinating.

Brand strategy is probably the most interesting thing about marketing. Being able to change the perception of a brand in the mind of a consumer or a business.

Do you have advice for anybody who wants to change careers like you did?

When I wanted to leave advertising, I would use LinkedIn to find people who had moved from what I was doing, to where I was trying to be, which was supporting a marketing and creative team in-house. I reached out to maybe 10 people and they all ignored me except for one recruiter named Chris, who worked at Intercom.

Chris introduced me to three different companies. You never know who is going to open the door for you because one day, after those other companies didn’t work out, Chris told me he was leaving Intercom and asked if I wanted his job. So that’s my biggest piece of advice – don’t be afraid to reach out to people. People will ignore you, but one person will listen, and sometimes all you need is that one person.

Are you interested in joining the Intercom team? Check out our open roles.

*Since we interviewed Will, he’s moved to continue making magic on Intercom’s Marketing team. We can’t wait to see what he does with his new role – congratulations Will!