Send engaging, relevant messages to users based on how they interact with your campaign.

Written by Ruairí Galavan
Updated over a week ago

Smart Campaigns make it easy to send customers the perfect series of messages to drive them toward a common goal. Once your campaign is live, we’ll automatically send the right messages to the right people at the right time.

Below we’ll show you how to send more targeted messages to users based on how they interact with your campaign. And you’ll learn how to craft engaging messages that encourage users to hit the goal you’ve defined.

Target users based on how they engage with your campaign

We have some powerful message engagement rules that let you target users who engage with your campaign (and those who don’t). Here's how to make the most of them:

You can send a message to your customers based on whether they have or have not opened a message in your campaign. For example, you could re-contact users who opened your ‘Welcome Message’ to encourage them to take the next important step.

It's possible to prevent people who have unsubscribed or disengaged with an email from getting another email. For example, you could combine 'and' with 'or' rules to send disengaged users on free plans an in-app message to encourage them to sign up for a paid plan.

Target users based on time

If you want to prevent a group of users who have received one message from getting another message, you can add the rule ‘Received message x is false.’ This is useful for sending two different versions of a similar message to two different groups of users. For example, you won’t want to send active users the same conversion message as users who are slipping away.

Pro tip: To avoid annoying customers with too many messages in quick succession, you should specify how many days you’d like to leave between messages. We recommend selecting at least 2 days. 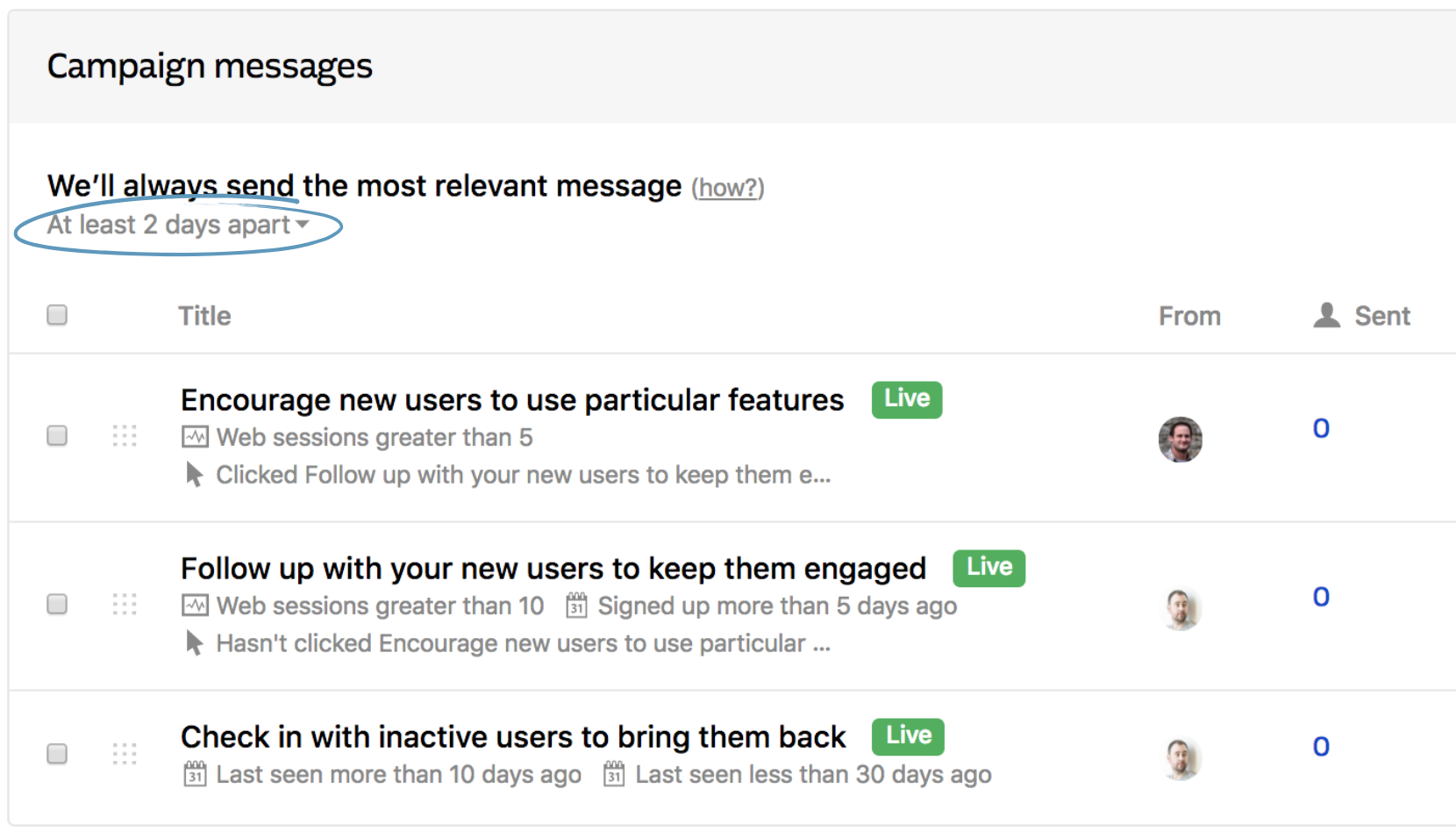 Then if a user matches the rules of more than one message, we’ll send your highest priority message first.

Here's the full list of message predicates you can choose to target leads or users in your campaign:

Create messages that get read and acted upon

Here are some useful tips for crafting engaging, relevant messages that encourage users to hit the goal you’ve defined:

Deliver the right information in the right way. Think carefully about whether your customers should get each message by email, in-app or push message. For example, if your customer has yet to take the first important step after signing up, you might want to send them an email to bring them back into your app.

Expose features to your customers gradually, and at a time and place that makes sense to them. For example, right after a customer takes their first photo on their phone, you can send them a push message that encourages them to share it.

Strike a balance between messages that encourage action and messages that educate your customers. Once a customer has uploaded a few photos, for example, it’s a good idea to share some best practices that will help them get the most from your product. 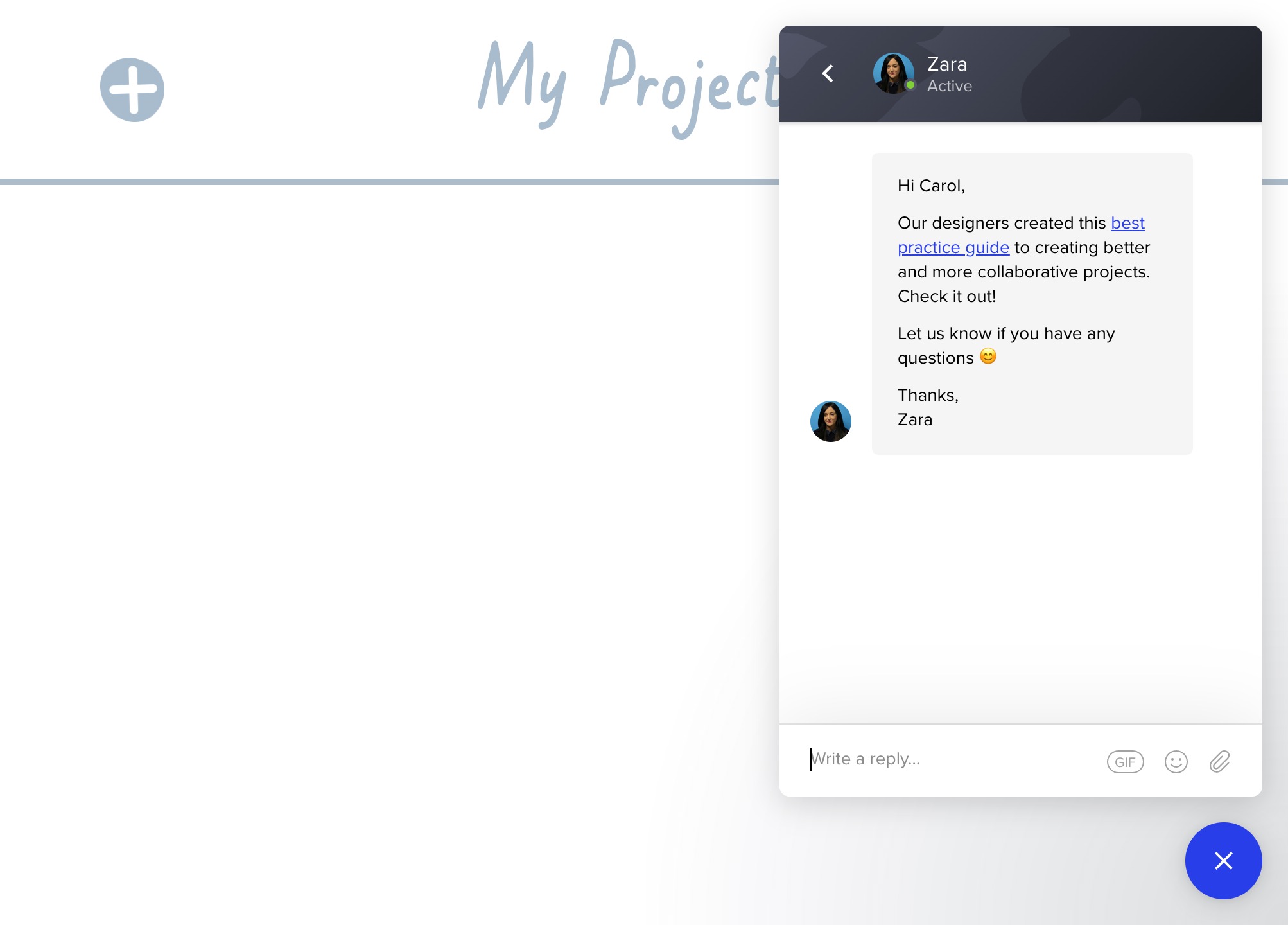 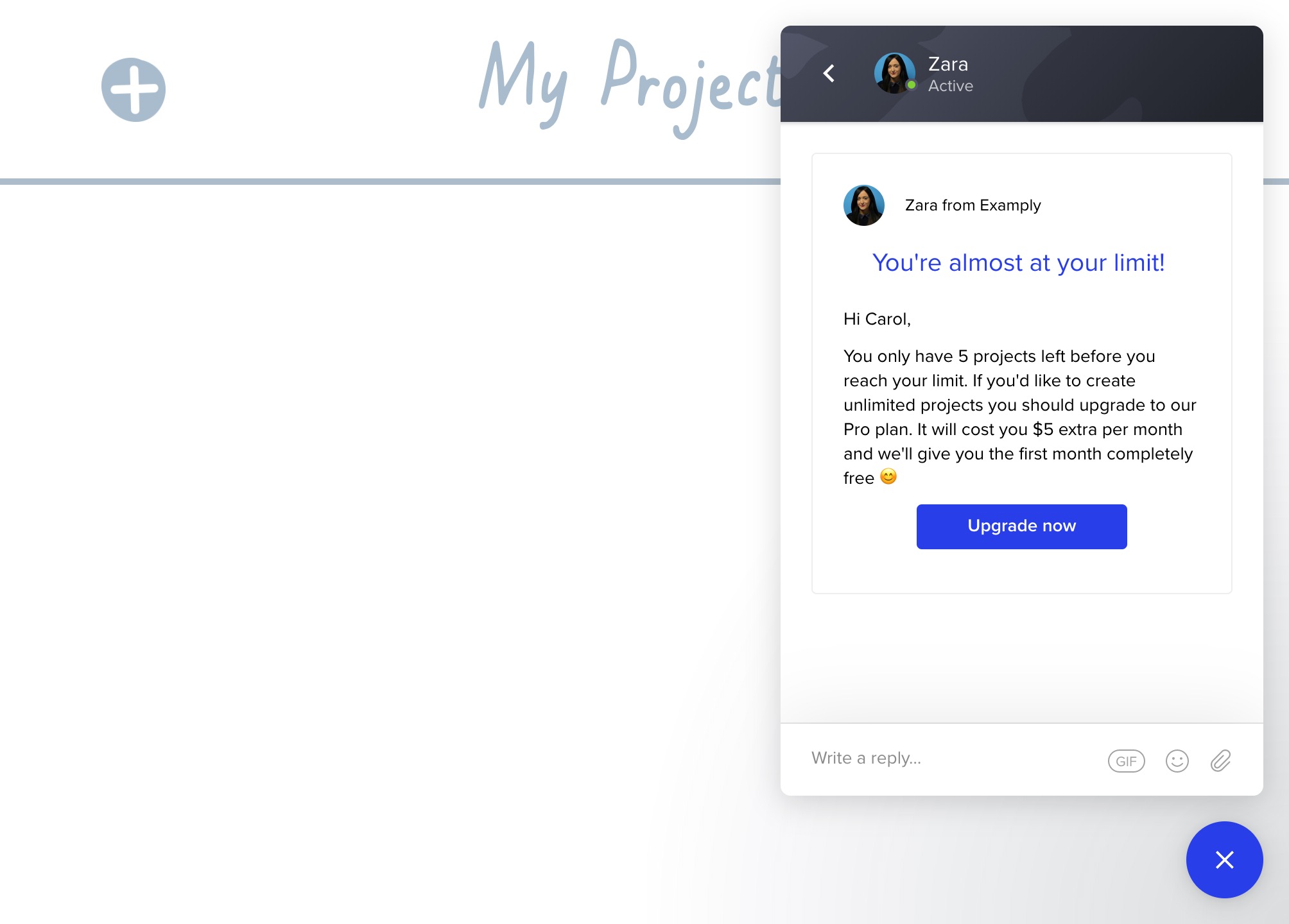 Pro tip: Check out this best practice guide for more tips on how to keep your message content engaging.

Did you know you can proactively engage visitors with Custom Bots?
Start converting 36% more leads in minutes!
Build your first Custom Bot now