All Collections
Sending messages and building Smart Campaigns
How campaigns work, and how to create one
How do I prioritize and space out my campaign messages?

How do I prioritize and space out my campaign messages?

Written by Ruairí Galavan
Updated over a week ago

With Smart Campaigns, you can space your messages out and prioritize which messages to send first. We’ll show you how below.

How does message spacing work?

With message spacing, you can decide how long to leave in between messages so you don’t overwhelm your users. Message spacing can be set anywhere from ‘as soon as they match’ meaning there is no spacing, up to ‘at least 5 days apart’ meaning users can receive messages at a minimum of 5 days apart.

Pro tip: We recommend leaving at least 2 days between messages to avoid overwhelming your users.

When the spacing period is up, we’ll check to see what the next best message to send the user is.

It’s possible to set delivery windows on emails in Intercom. You can do this if you only want your message to deliver within certain times on certain days.

When a user in a campaign matches the filters of an email with a delivery window, we'll wait until the user has received the message before moving on and attempting to match further messages.

Is spacing different for in-app messages?

When a user in a campaign matches filters for an in-app message, we'll wait the allotted spacing time on the campaign before matching any other messages in the campaign.

For example, if the spacing period is three days, we’ll wait three days for the user to receive the message before moving on and attempting to match other messages. This waiting behaviour is called in-app checkpointing.

Important: A user must be online to receive an in-app message.

How does prioritizing my messages work?

Important: Priority doesn't queue up the next messages to send. Instead, when the spacing period has finished, we check to see which messages users match. This ensures customers get the most relevant messages for them.

Can I force my messages to send in a strict order? 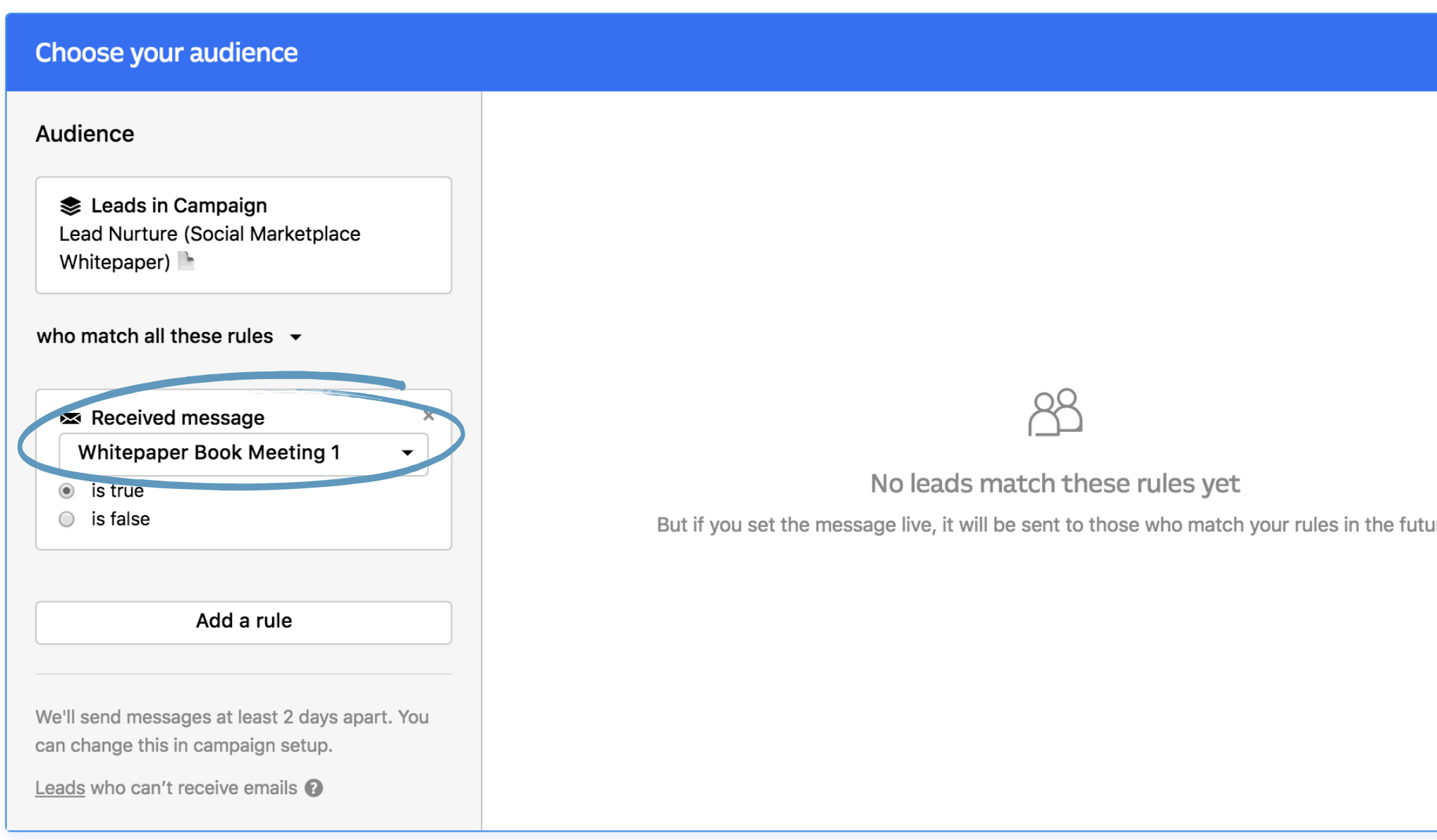 If you have a traditional drip campaign and would like your messages to send on specific days, you could also use the 'Entered campaign X days ago' rule.

Can I prevent users from entering multiple campaigns?

Right now there isn’t a direct way to prevent users from entering multiple campaigns. However, you can prevent over messaging by adding a ‘Last contacted at’ filter on your individual messages. We recommend messaging users no more than once every 2 days.

You should also try, where possible, to set entrance criteria for your campaigns to be mutually exclusive.