Reorder your conversations list to reply to customers who are waiting the longest first. 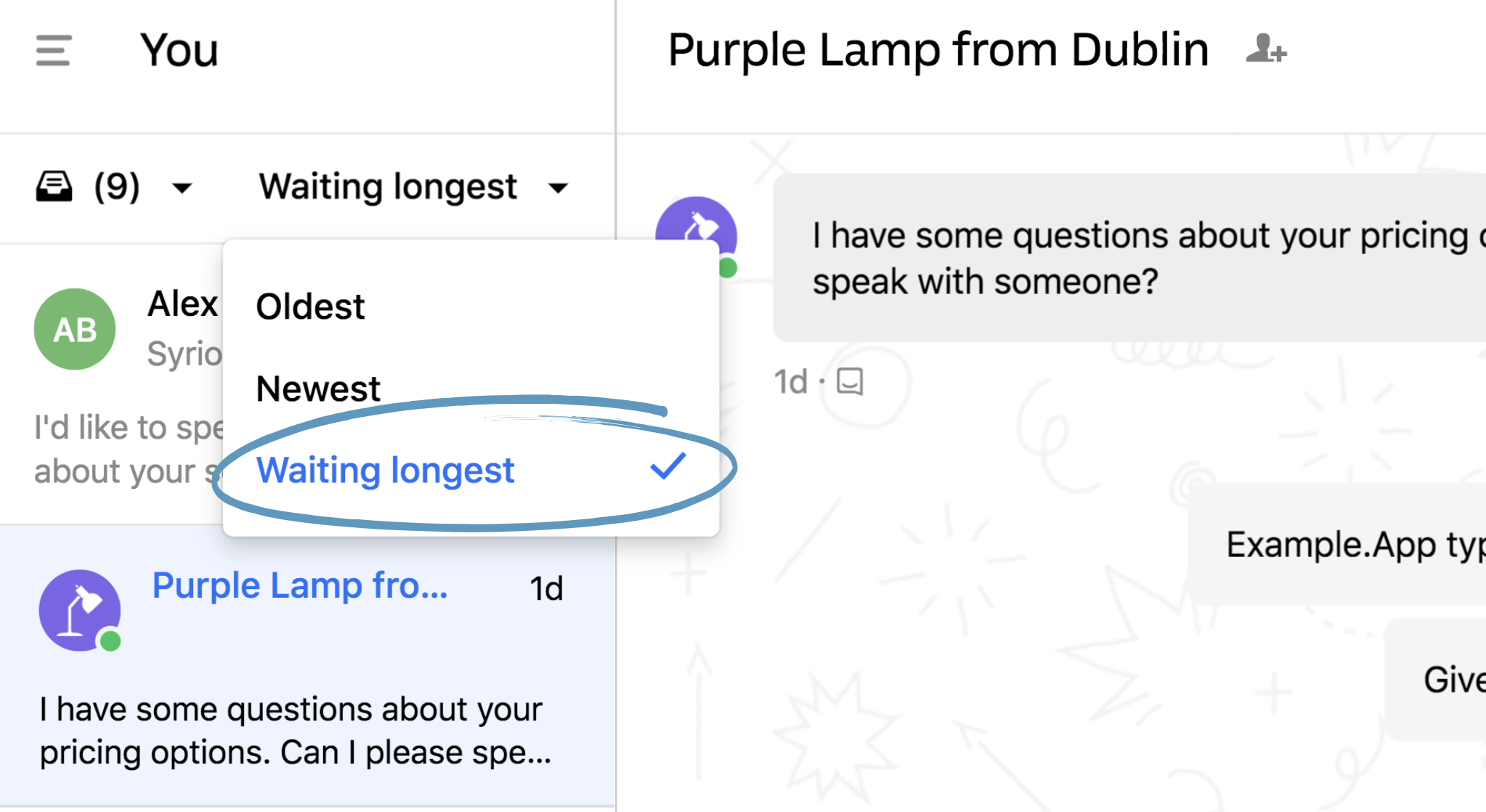 What’s the difference between oldest and waiting longest?

Important: If someone on your team was the last to reply to a conversation, we show a zero for that conversation's timestamp.

Now that you know which customers to respond to next, it’s time to give these customers the first class support they deserve.