Boost your sales by creating and tracking Pipedrive deals while you chat.

Written by Liam Keegan
Updated over a week ago

With the Pipedrive app, you can generate more sales for your business by creating deals while you chat. You can:

Here’s how to set it up:

Go to the app store, and click the Pipedrive app: 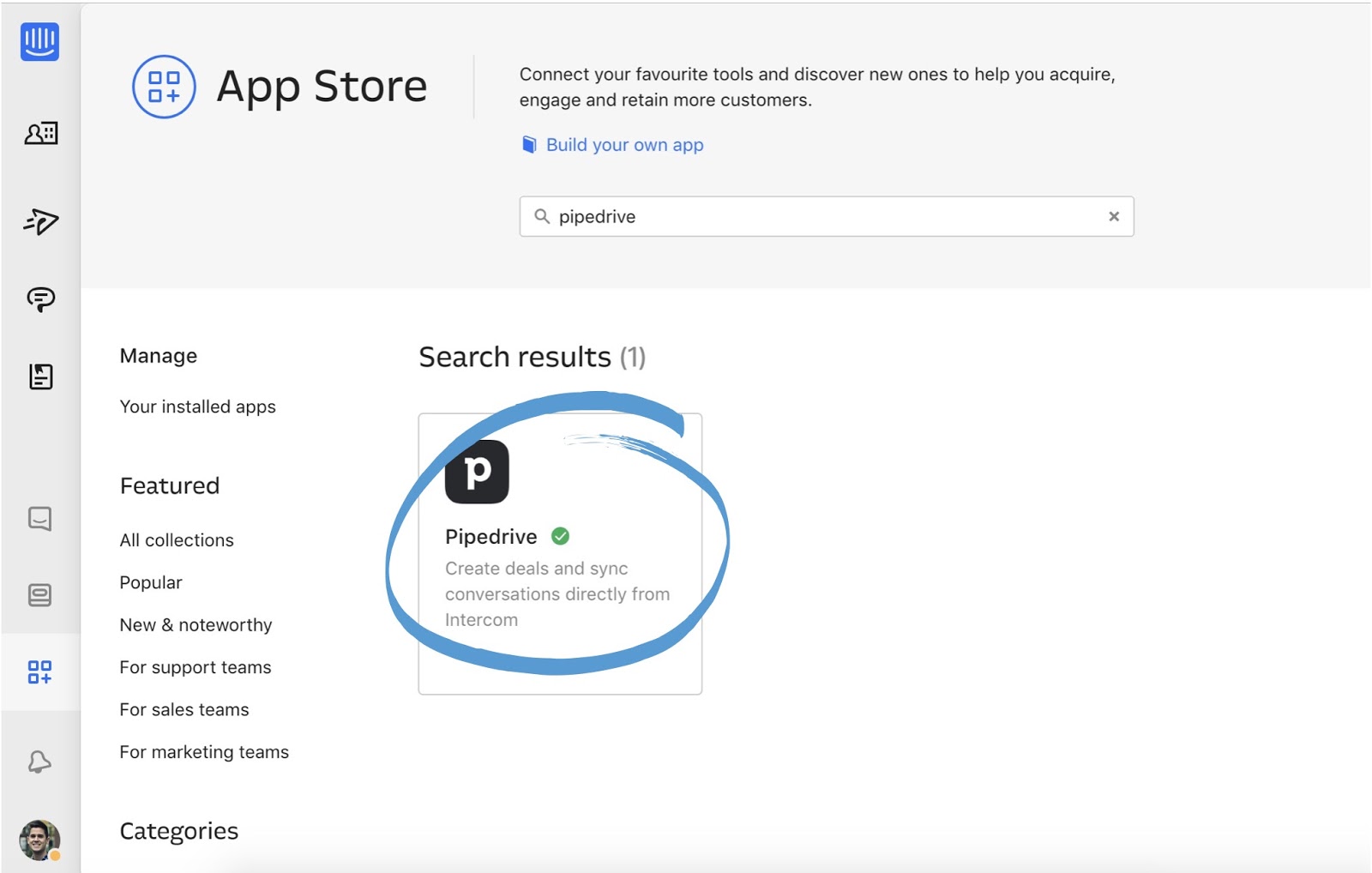 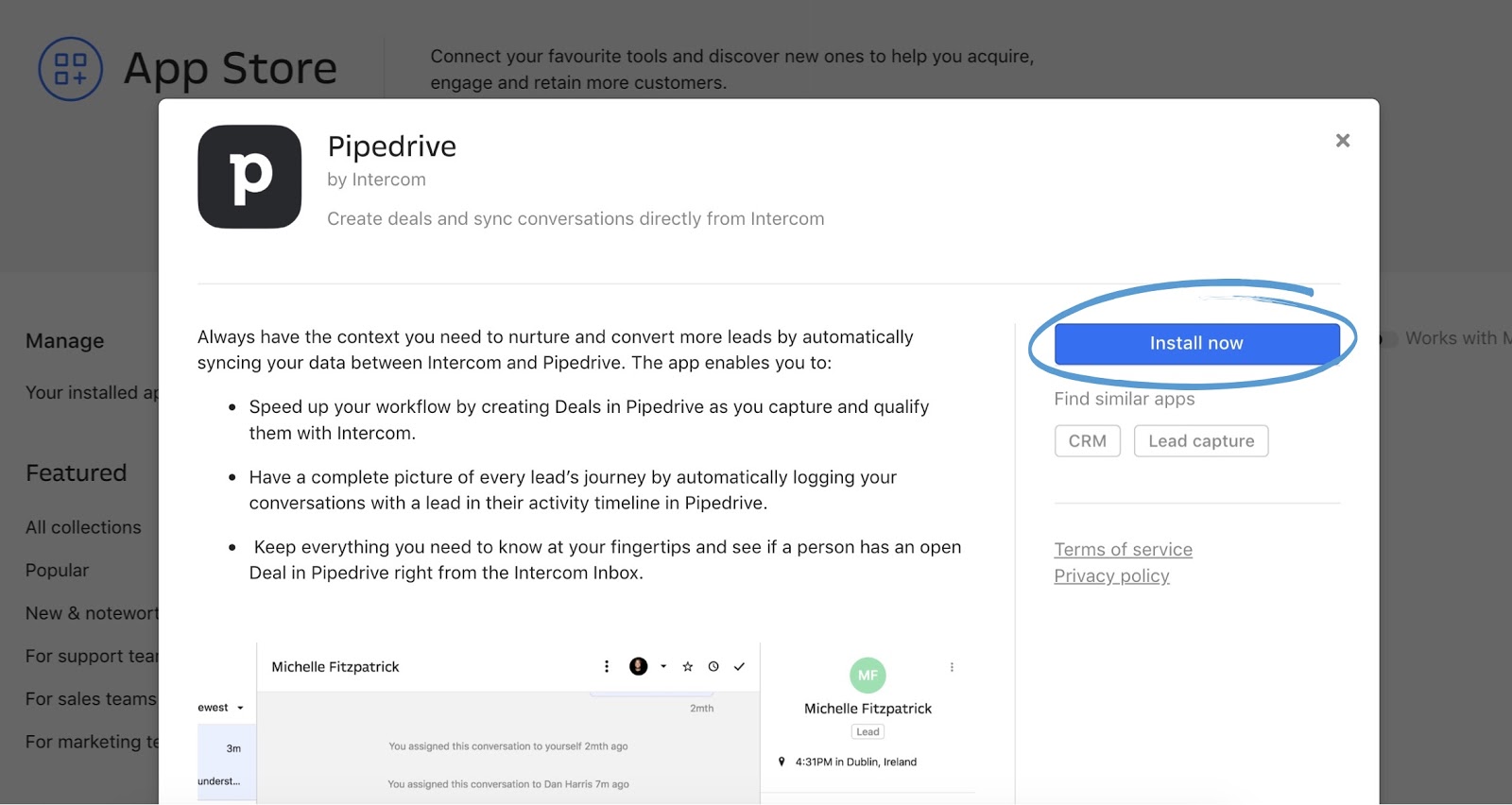 You’ll be asked to connect your Pipedrive account to Intercom. Once connected, you’ll be able to create Pipedrive deals directly in Intercom.

It’s easy to create Pipedrive deals while you chat. Just click ‘Create Deal’ in your lead or user’s profile: 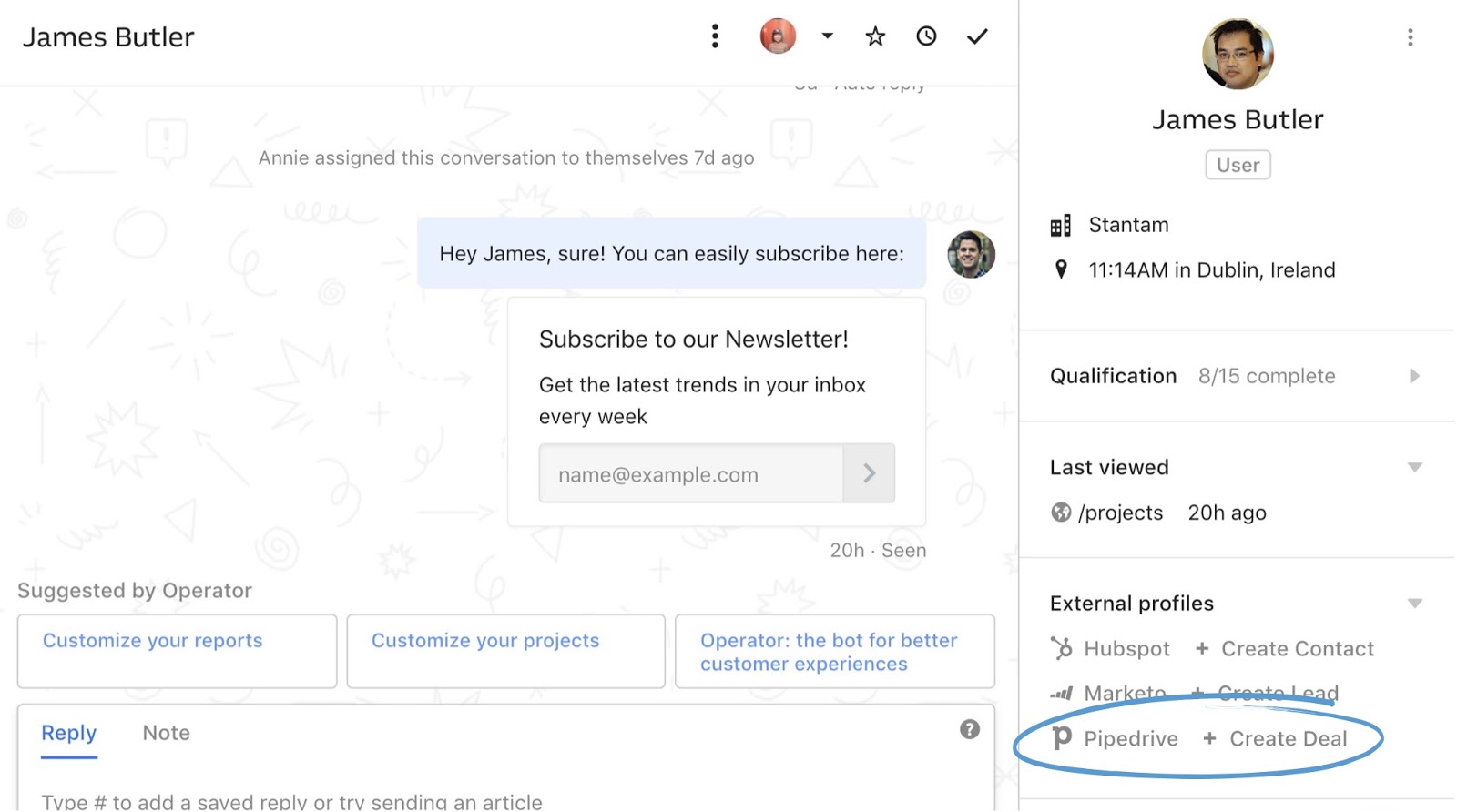 Note: Intercom only syncs the lead's name and email address with Pipedrive.

Your deal will automatically be created in the first stage of your pipeline in Pipedrive: 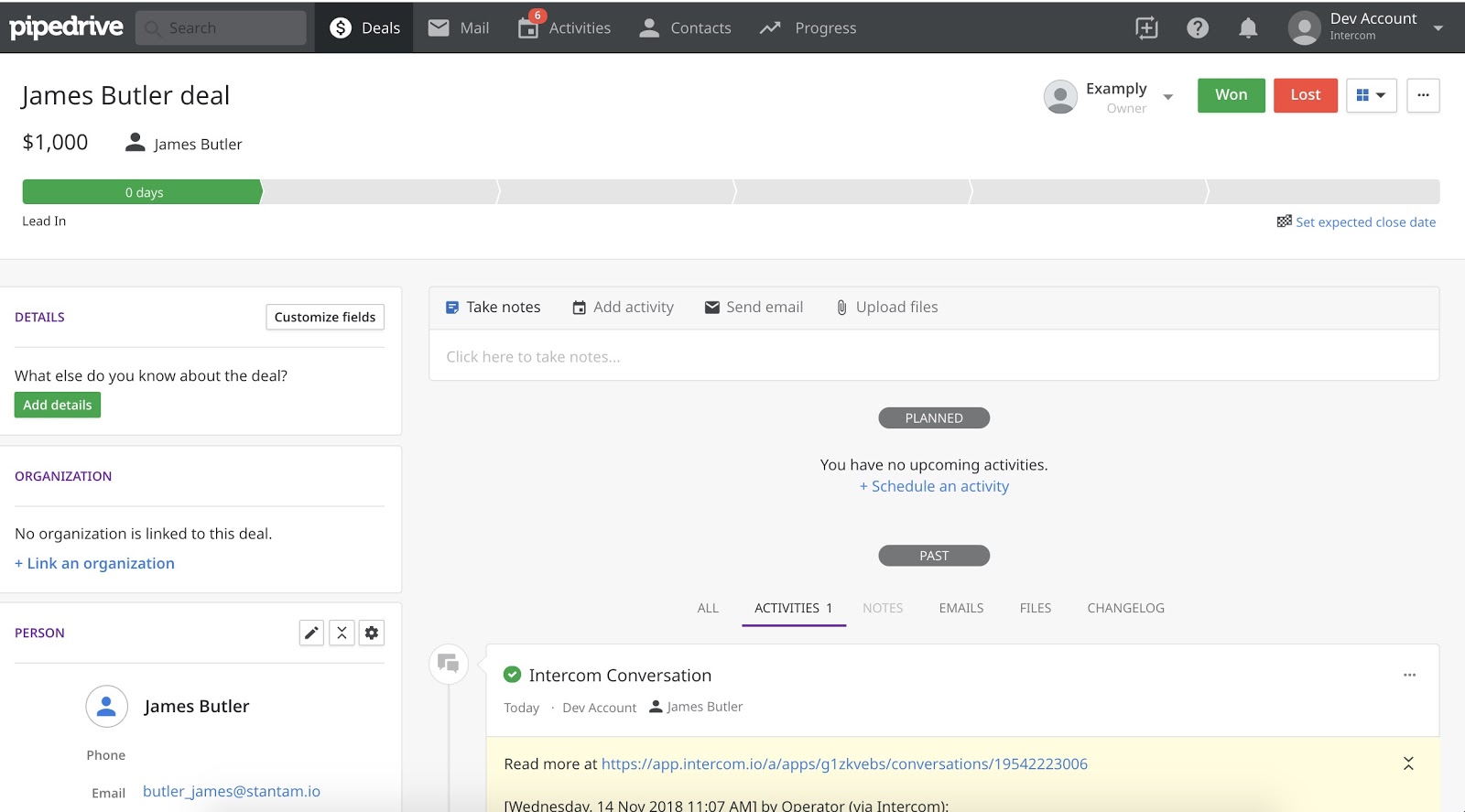 Note: Deals created in Intercom will always appear in the first stage of your default pipeline in Pipedrive. It’s not currently possibly to configure the stage in which a new deal appears.

You’ll also be to see your Pipedrive deal information directly from the inbox. Just hover over your lead’s Pipedrive profile to see more details: 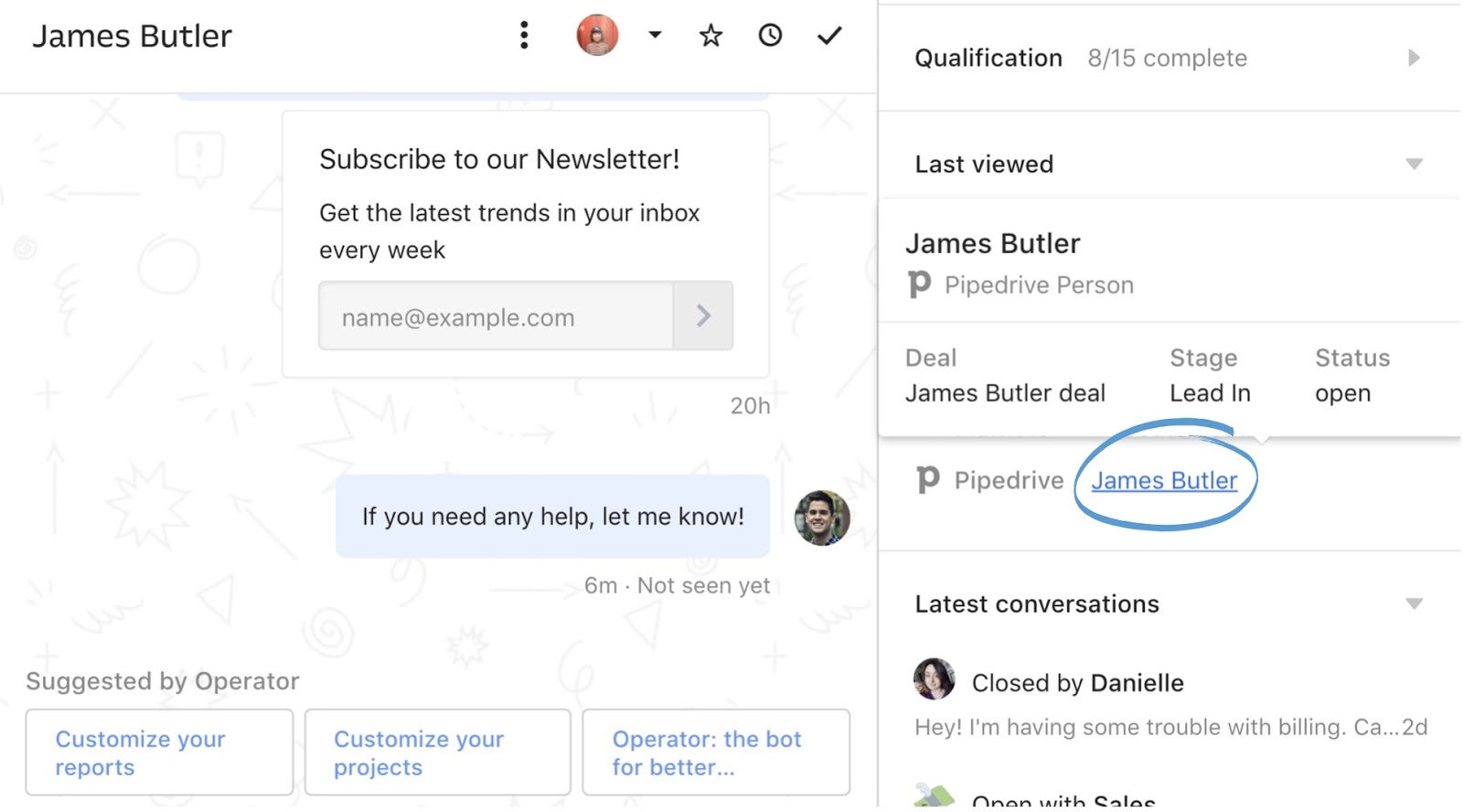 Once a deal is created, all conversations and replies from that point on will be synced to Pipedrive. You can easily check Intercom conversations in the activity feed of the Deal or Person: 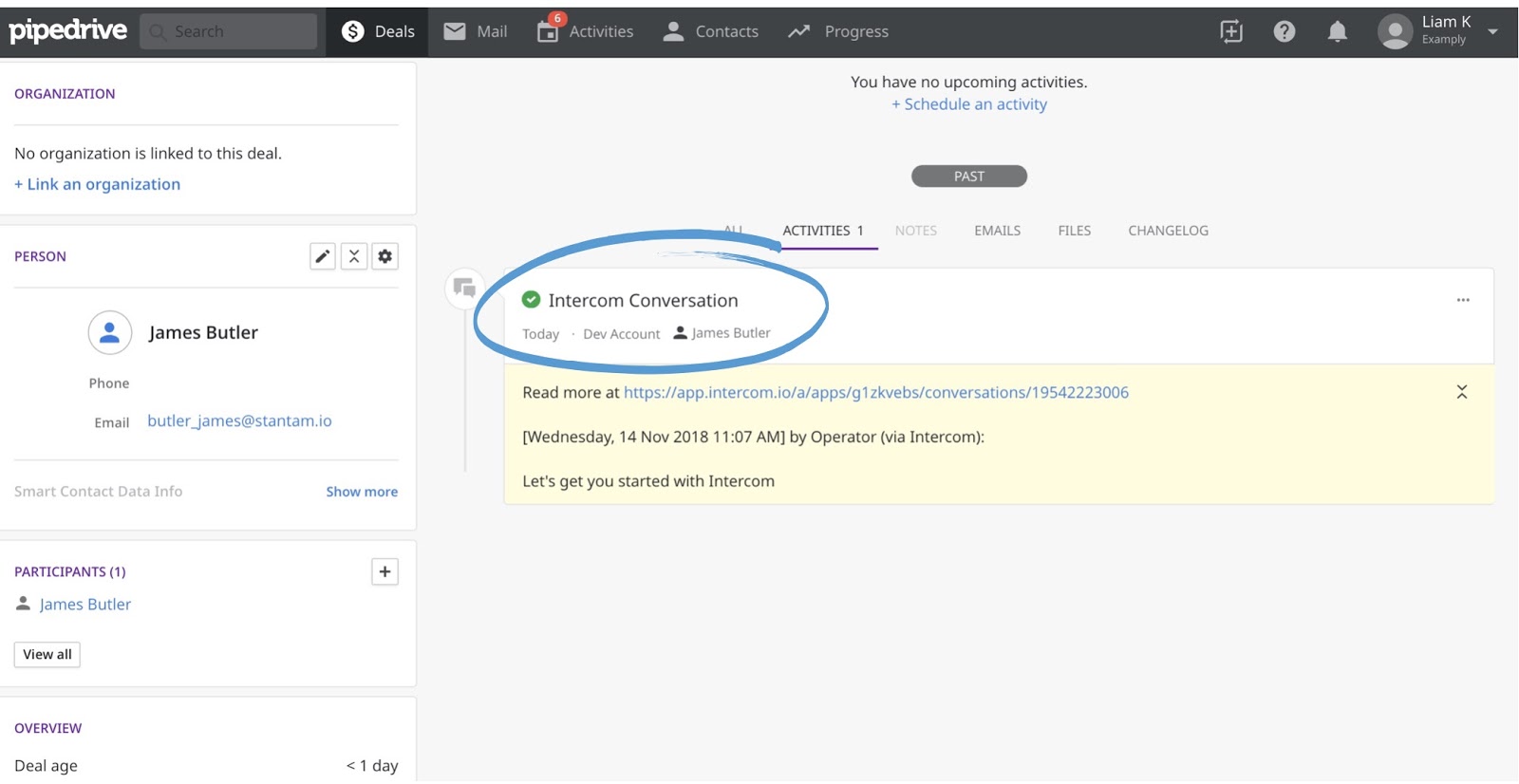 Here are more ways to accelerate your sales pipeline with Intercom: