How to localize the Messenger, Articles, auto messages and more.

You can localize the Intercom Messenger for your product, website and/or mobile app with just a few clicks.

In your Messenger Settings, go to "Set your welcome message": 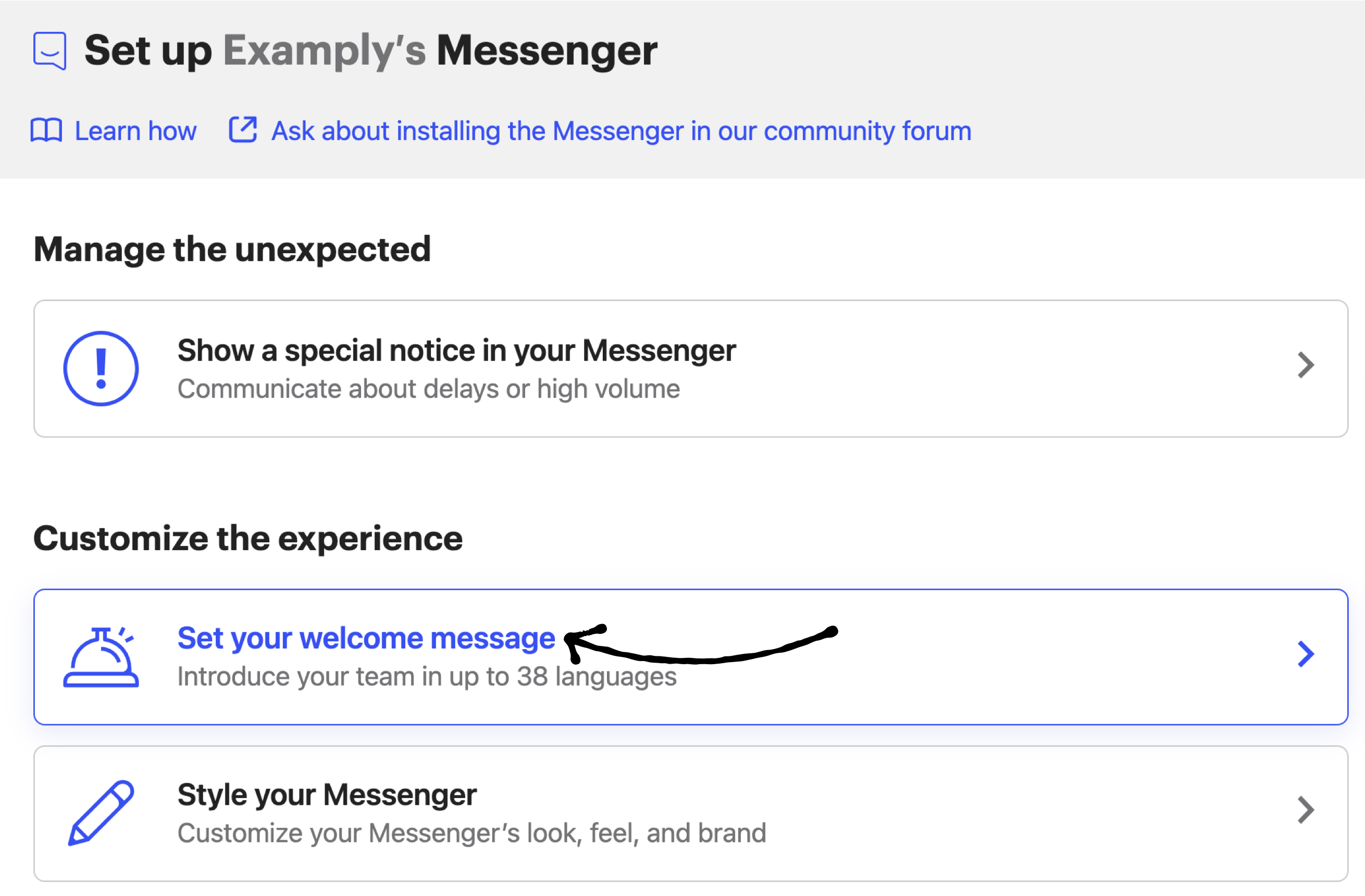 Then, add a language and click ‘Make default’ to make that the default language of the Messenger:

Important: Here’s more about how your Messenger home screen works with languages.

Now all of the UI language in the Messenger, such as “New Conversation” and your team intro will be localized.

You can also select other languages to match your customer's device settings. For example, if your default language is English, you can allow the Messenger to appear in French to your French users, in German to your German users and so on.

What languages does the Messenger support?

Can I control the language of the in-app Messenger UI?

Yes. You can override this language by sending a user attribute called language_override. To do this you need to change the Javascript code snippet that connects your app with Intercom as shown below:

This only applies to languages that you've added in your Intercom app settings.

Note: The value of the language_override will only be used if it conforms to an ISO 639-1 two-letter code such as 'en' for English or 'fr' for French. You’ll need to use a four-letter code for Chinese like 'zh-CN'.

Send messages to users in their language

Intercom auto-detects the language of your users from their browser settings and stores the result as a user attribute. Like any other attribute, you can use this to filter your user base according to language:

You can also target messages based on language:

Can I target mobile users by language?

Yes, this works the exact same as for web. We automatically detect the device language. However, right-to-left languages are only partially supported in our Mobile SDKs. To learn more have a chat with us in the Messenger.

Need more help? Get support from our Community Forum
Find answers and get help from Intercom Support and Community Experts