Split (multivariate) testing lets you test different variants in a series to determine the best ways to engage with your customers.

Create up to 5 unique paths, and choose the percentage of customers who should proceed down each one:

Each test has its own goal, separate from individual message goals, or the series goal. With this level of detail it’s easy to test specific aspects of your customers’ experience.

Note: Split testing is only available on certain Intercom plans. See our plans and pricing here.

How to create a split test

First, add a 'split test' block anywhere in your series:

Define how many customers you’d like to proceed down each test path. This is a percentage of the total number of people who pass the Split test block, so it must total to 100%: 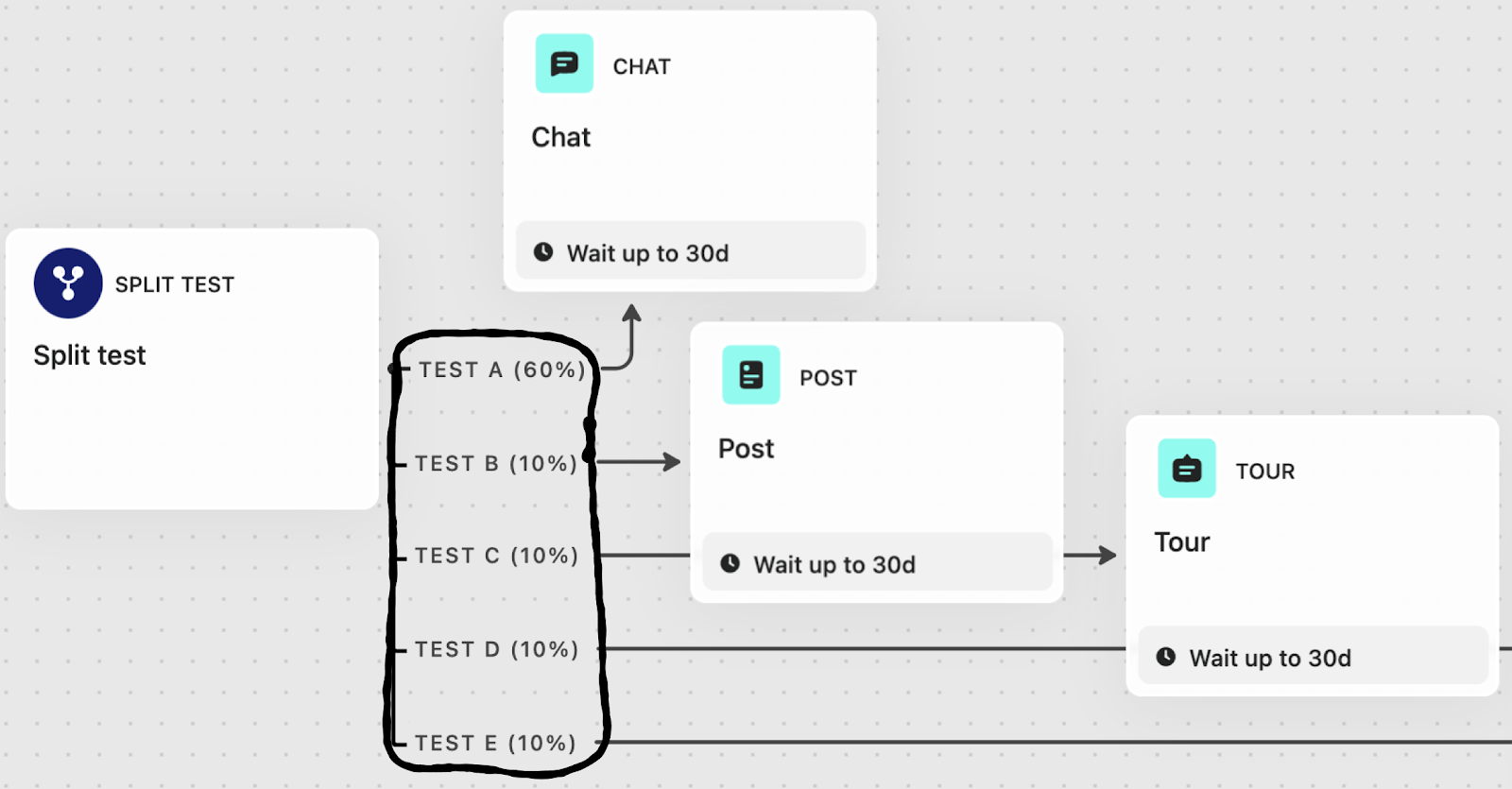 Pro tip: If one test is potentially higher risk (like a greater interruption for your customers), direct a smaller percentage of people towards it, until you see how it performs.

Now, set a goal for your split test. Try and focus on a specific part of the customer experience that you’re hoping to influence. If your Series goal is to encourage plan upgrades, you might split test different ways of getting customers to the upgrade page:

In addition to testing different messages, you can also test your series against a control group who don't receive any messages at all. — No content blocks can be added to a control group path.

When setting up a split test, just click "+ Control group":

If you use company data in rule blocks and have chosen not to prioritize a single company you have users who are members of multiple companies, they will be treated as two distinct combinations of user and company:

Important: Each ‘version’ of the user can proceed down a different variant in a split test. This means the same person may receive multiple variants. Read more about company data in series here.

After running your test for a period, you’ll see how each variant has performed against your goal, and can declare one the winner:

Any other variants will be paused, and everyone will proceed down the winning path automatically.

Tip: You can also see the stats for a control group, or declare it as the winning variant: