There are few functions where the phrase “the more things change, the more they stay the same” rings truer than in marketing.

For instance, the fundamentals of good marketing haven’t changed, no matter what trend comes along: crisp writing, a compelling story, strong brand, and of course, a great product to market. At the end of the day, nothing you do as a marketer will land without those elements; as Copy Hacker’s Joanna Wiebe once told us, “People will not read anything, anywhere that is boring, ever.” Amen.

But trends still have a place

At the same time, consumers are complex creatures – we’re constantly evolving and tuning out marketing noise. The best marketers evolve alongside their audiences – experimenting with new tactics, revisiting assumptions about who their buyers are and how they buy. But there’s an overwhelming amount of literature out there on the “Hottest Marketing Trend You Can’t Ignore”. At Intercom, we pore over benchmarks and studies to try to keep our fingers on the pulse. In this article we’ll share some of the most influential marketing statistics we’ve seen in the past couple of years.

The following marketing stats, broken down into 7 categories, can help shape your thinking and prioritization moving forward.

As marketers we’re always yearning to understand how consumers want to engage, and increasingly, that’s through the personal, real-time, device-agnostic medium of messaging and live chat. You could say we’re biased, but the evidence became clearer than ever when messaging apps surpassed social networks in popularity in 2016: “Great content is table stakes these days,” MarketingProfs’ Ann Handley once told us. “We’re past the age where if you build it, they will come. You have to have some sort of promotional program in place.”

As content teams scale they invariably hit a crossroads: how do we go from creating good content to creating good content that performs and generates revenue? That’s where content marketing comes in – when done well, it quietly reduces the inherent tension between quality and performance. Typically that involves SEO, distribution and promotion. Ready to up your content marketing game? Check out these posts:

Video content is being produced and consumed at an incredible pace. But it’s not just entertainment that people are looking for. They want to solve problems and learn new things. For software businesses this could mean doubling down on short video tutorials, roundtables, best practice webinars and more. Despite Slack’s best efforts, email isn’t dead. Far from it. Augmented by machine learning, marketers are experimenting with personalized messages. However, there’s still a chasm between personalizing messages for audience segments, and true personalization, with messages tailored for individuals.

Paid advertising continues to be an effective way to reach specific audiences, but marketers need to get more creative with how they capture low attention spans. That doesn’t necessarily mean punchier ad copy; Mary Meeker’s Internet Trends 2017 report shows that incentive-based ads, mobile app rewards and skippable video ads are viewed positively by more than half of consumers surveys. Get started on paid advertising:

Getting social media right isn’t easy, but increasingly it does more than simply increase brand awareness. According to social selling expert Dan Swift, it’s more effective than email and cold calling as a means to nurture potential buyers. “I always want to align to how buyers want to be engaged, and a lot of the research says they want to be engaged on social media.” What are the major themes affecting marketers in the months and years ahead? As a company that makes a business messenger, we keep our eyes peeled for things that will influence messaging, such as voice, chatbots, artificial intelligence and personalization. 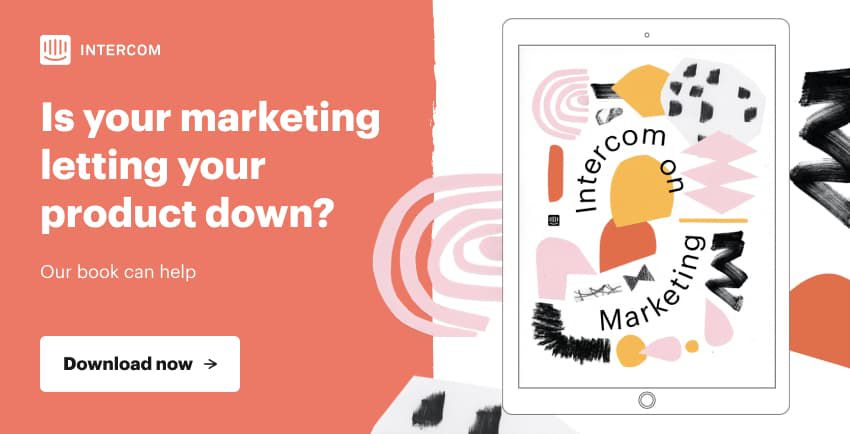