If you are new to sales management, it can be hard to know what concrete steps you can take to improve your skills, be recognized, and eventually, rise to a senior leadership role.

Sales managers looking to stand out among their peers would do well to focus on four things: prioritizing work that will move the needle, making sure the right people are on their team, thinking about initiatives that will improve the business (not just themselves and their reps), and developing a solid decision-making framework.

These lessons come from LB Harvey, our SVP of Sales and Support. As a seasoned sales professional, LB has been through it all – starting as a frontline sales manager at LinkedIn before making her way to director, vice president, and finally, her current role as SVP at Intercom.

A recent guest on The Predictable Revenue Podcast, LB Harvey spoke with co-host Collin Stewart about her career to-date and unpacked each of these four parts of her recipe for success.

Short on time? Check out Collin’s recap on Predictable Revenue, or get our four key takeaways from LB’s conversation below. 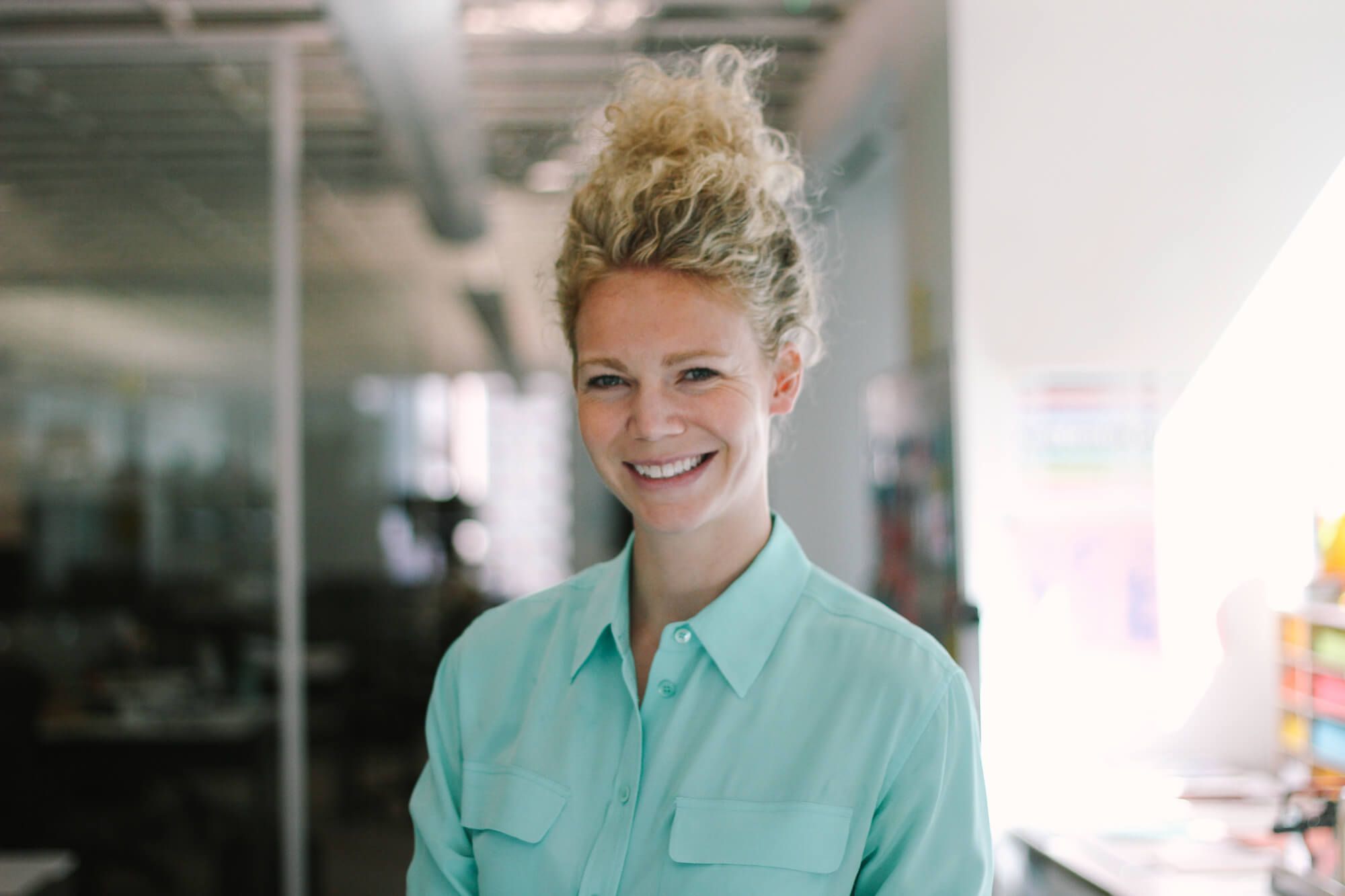 4 steps to stand out as a sales leader

1. Prioritize work that will move the needle

At any given moment in sales, there are 100 things you could be doing. When you’re a rep, you could be thinking about outbounding to prospects, building pipeline, or moving forward the opportunities already in play. As a manager, the tasks competing for your attention only multiplies – coaching, training, interviewing, forecasting, planning, and more.

But if you want to succeed, you need to focus on moving fast where it matters. For LB, this means having a consistent, well-defined rallying cry for her team to get behind. Here’s an example from LB’s own career: at LinkedIn, when her team of SMB AEs were short on inbound pipeline, she had her reps take an entire day off their calendars to focus on prospecting. At the end, they closed around $300,000 in new business from their work that day.

“If you want to succeed as a sales leader, you need to focus on moving fast where it matters”

Of course, prioritization looks different depending on your role. As a frontline sales manager, you’re likely to be on the floor, available for ad-hoc coaching and troubleshooting. At the director and VP level, you should be thinking about strategy and proactive, not reactive, work. The earlier you learn how to prioritize properly, the more effective you’ll be throughout your career.

At a personal level, most of us want to be liked. But when you’re a sales manager, you have to make tough calls about the people on your team. One thing that helps managers stand out early in their careers is having a high standard for what kind of work gets recognized, celebrated, and promoted on their teams.

“One thing that helps managers stand out early is having a high standard for what gets recognized, celebrated, and promoted”

The trick is figuring out how to set that high bar and coach people up to it – or provide clear, continuous feedback when people aren’t quite reaching it. LB still remembers when a mentor told her, “There’s no shame in making a bad hire, but there is shame in keeping a bad hire around.”

3. Improve your organization, not just your team

If you want to move from being a frontline manager into a director or even VP of Sales position, you have to understand the business at a macro level. It’s not just about how to lead your small, 8 to 10 person team; it’s about how you can drive improvement for your organization or company overall.

This is something LB has done through her career. When LB started the SDR team at LinkedIn, the entire sales organization operated under a geographic model, which was great for teams who owned big territories like California or New York. But LB suggested they adopt an inbound round-robin model, even though it wasn’t particularly advantageous for her direct team.

“The more sales managers can understand the bigger business objective, the faster they will become valued business leaders”

Here’s the reason: it was a fairer distribution of inbound opportunities, which now got the attention of 100 reps, instead of the bottleneck of 10 reps who owned the best territories. At a company level, it increased year-over-year efficacy by 20% to 30%.

The lesson? Think bigger. The more sales managers can understand the bigger business objective, the faster they will become valued business leaders.

4. Establish a framework for decision-making

At Intercom, LB practices the DACI approach to making decisions.

Establishing a DACI helps create clarity within an organization on how decisions are going to get made and who has a seat at the table. When it’s done well, this process avoids excluding major groups and allows the Approver to hear recommendations from a wide variety of stakeholders. However, this can go off the rails if the decision is ramrodded through without taking the time to consult parties who might have valuable insights.

LB recently used the DACI model to help manage changes to our commission strategy for sales reps. A number of decisions needed to be made quickly in regard to designing quotas for different sales roles and commissions for different types of deals. LB sat down with our Finance and Sales Operations teams to gather their input and get to a business outcome that people across the company were bought into.

When people aren’t clear on who’s making decisions, chaos ensues. By following this framework, both teams were able to move quickly to deliver a new quota model and commission plans.