Business Operations (Bizops for short) has inexorably become a thing at certain kinds of companies.

Some of you might come into regular contact with a Bizops team, others might have merely a vague awareness of Bizops, and still others might not have heard of Bizops at all. Regardless of which bucket you fall in, I suspect you don’t have the foggiest idea exactly what Bizops is or why it exists (unless you’re part of a Bizops team).

I don’t blame you at all. I believe our collective failure to articulate the essence of Bizops is a problem. It’s a problem because Bizops can provide so much value to companies, and because the lack of comprehension Bizops sometimes encounters can be a barrier to getting shit done. And because it pains me when a thing is done half-assedly, lacking in why, lacking in intention. So here’s my definition:

What is business operations?

Business Operations describes the formal structure and workflow a business designs to unify their manpower and assets, and ultimately streamline business processes and performance. Bizops is a function that is uniquely positioned to solve certain classes of problems for rapidly scaling organizations, and that works within, alongside and sometimes outside of the established organizational structure of a company.

Going deeper, let me define Bizops from first principles to show how it can fit into a company and how it can be deployed to solve problems. The first principle is this: Business Operations shouldn’t exist. And yet it does, because of fundamental, intrinsically human limitations to the way we organize ourselves.

When do you need a business operations team?

Very young companies don’t need Bizops. Anyone can have open-ended freewheeling conversations about anything with everyone else in a small business environment. Everyone wears a bunch of hats, and it all just works. It’s easy when R&D, Marketing, Sales and Finance all fit in a single room and two pizzas are sufficient to feed everyone. But this doesn’t last as the company grows. It’s simple math: if everyone has to be involved in every decision, doubling your headcount quadruples the distinct conversations needed. Obviously this doesn’t scale well. Organizational structures exist to fix this. They trade away freedom for distinct functions with defined missions, expertise, areas of operations and internal hierarchies. This partitioning keeps the number of distinct conversations manageable as the company scales. Although these organizational schemes work in theory (math!), they all suck in practice, especially when under stress from scaling quickly.

Though the particulars of suck might vary (as Tolstoy once said, “Every unhappy family is unhappy in its own way”), the same archetypal issues tend to arise at every company. Helping companies cope with these issues is precisely the regrettable but necessary job that Bizops does.

The three jobs of Bizops

You should think about deploying a Bizops team to accomplish three key objectives:

In chemistry, catalysts are substances that reduce the activation threshold required for a reaction. In the same way, Bizops can be a catalyst in situations where it’s clear that people in different functional groups need to work together on something but it’s not obvious how they should, because the thing falls into a gray area with respect to the broader organization. Objectives, responsibilities and communications are likely not crisply defined, and there is rarely a real precedent for the situation. One of the most valuable things that Bizops can do is act as a catalyst by bringing people together, creating a structure where everyone can be productive, and facilitating progress.

Other times there’s a clear need to get something done but the bandwidth to do so might not be available, and/or specific skills needed might not be available at the company. The role of Bizops in this situation is to provide a pool of flexible, high-horsepower generalists who can step in and fill those gaps by employing some combination of:

A big part of the value comes from having Bizops people who can devote most of their time to a deserving project, which drives progress at a much faster rate than if many priorities are being juggled at the same time.

Occasionally there might be a need to do a new thing that is completely unlike anything done before at the company. This is different from the Catalyze and Push jobs because the problem is neither an organizational gray area that needs to be finessed, nor a lack of talented generalists to have a go at something, but rather a thing that deserves a lot of dedicated attention and is also a distraction of unbounded size and complexity that needs to be sequestered. Bizops is a natural incubator for these things, to bring them from 0 to 1, and this might be the most important way that Bizops contributes to the growth of a company.

One interesting example: believe it or not, up until a couple of years ago Intercom did not have a company strategy. We weren’t lacking in strategic awareness or acumen, and we were certainly behaving strategically, but we had scaled to the point where the need for a cohesive, all-encompassing business plan had become imperative. The work involved: identifying north star metrics, getting input from all stakeholders, systematizing that into strategic pillars, creating strategic initiatives under these pillars, and prioritizing those initiatives against everything else – all of it was entirely new to Intercom. As a result, Bizops nurtured, incubated and brought this thing into the realm of the real, and its successful birth is one of the things we are proudest of.

Over time, Business Operations should cease to exist

There’s a common theme that runs through the above: Bizops isn’t just about operations management and successfully executing on a slate of complex projects. Anyone can hire (expensive) consultants to do that job. Instead, Bizops teams need to be judged on what they do to build organizational capacity. They must uplevel everything they touch such that things work better and/or faster even after they are no longer involved. Remember: Bizops exists because of problems that arise when humans organize themselves to get things done, and the ultimate purpose of Bizops is to solve these fundamental problems.

Which leads us to a potentially controversial conclusion: your Business Operations team needs to disappear when your company reaches a certain size. If it doesn’t, it is failing to do its job.

This is neither obvious nor intuitive, so let me explain further. The last and most crucial step in any Bizops project is what I call the handoff. This is the moment where you take your baby, which you’ve nurtured since it was nothing but a glint in the eyes of executives, and give it to the team that’s best equipped to own it going forward. This is when you find out if you’ve actually built something that’s helpful and has lasting value. Nothing that Business Operations touches is complete until this step is done. It might be a long, winding road to get there, but all Bizops projects must eventually grow up and fly the nest.

So it is merely the natural order of things that as companies grow up, as the functions within them scale and become capable of taking on more and more (helped by Bizops along the way), as Bizops falls into this natural cadence of building capacity and handing it off, that we reach the point where the organization is self-sufficient and Bizops is no longer needed for the jobs described here.1 The exact point where this transition occurs will vary; I suspect it almost always takes many years. But make no mistake: the goal should be to reach it in finite time, and if that seems out of reach then some reflection is probably called for.

There are three main reasons why Bizops might fail to disappear:

All of these conditions can be fixed; it just takes awareness, intentionality and an acknowledgement of the core idea that Bizops will have achieved its ultimate goal when it has earned the permission to disappear.

So what happens to Bizops when it ascends to heaven? For starters, there will always be a need for strategic thinking (in a range of flavors: Corporate, Business, Product, Sales, Marketing, etc.) from generalists with a breadth of experience in the company and a history of getting things done, such as one might find in a well-run Bizops team. Then, there’s Chief-of-Staff-type responsibilities (think operations managers), which is a combination of stakeholder and project management in its purest form. Finally, there’s the prospect of the company spawning a truly new business within a business (Google Apps for Business circa 2013, for example) that needs a Bizops function, which causes the wheel to come around for another go.

And the cycle begins again.

Thank you for reading through all this. If this inspires you to think more intentionally about why Bizops exists, how to use it, and how to deploy it more effectively, it will have been absolutely worth the effort.

1We leave out organizations that are so sprawling and/or of a certain maturity level that they need Bizops-style help, because that’s an advanced topic and out of scope for this post. 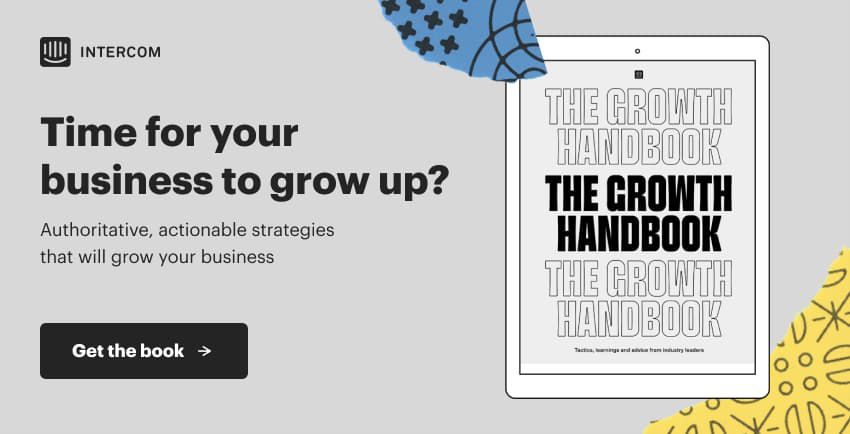