Countless pixels were spilled during The Great UI Flattening of 2013–2014.

It was a time of great change in the world of visual design: foreshadowed by Microsoft’s aggressively modernist Metro style, popularized and polarized by the release of iOS 7, and perhaps most fully realized in the form of Google’s Material Design.

Flat design (a reductive but useful shorthand) didn’t just kill skeuomorphism (ditto), it danced on its grave and then erased every last trace of beveling, shadow, and granite texture from the headstone. 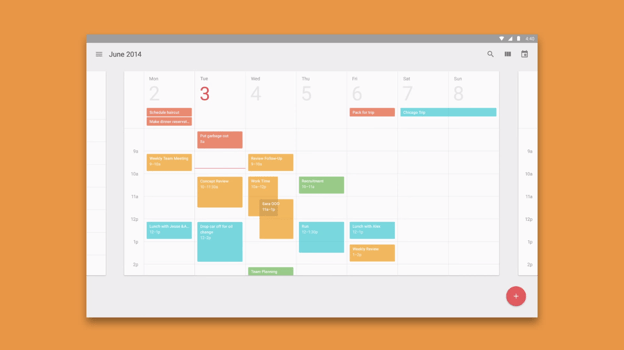 Such is design. Progress, change, and fashion are inevitable. The sun will some day set on these latest styles too. Predicting future trends is a futile game, but it’s interesting to look at where we are today and speculate on possible future directions. What lies over the (extremely flat) horizon? What next for the visual design of software products?

In short, a lot of today’s visual language is about clean simplicity, executed well. There are a few fashion trends in there, sure, but in general this is a list of objectively desirable qualities. It reflects a maturity to the aesthetics of digital design that has been developing for decades, a process that for periods was held back by amateurism or an under-appreciation of the value of beauty and clarity in software. It is now safe to go online without fear your eyeballs will be accosted by crimes against taste. As an industry we should be proud of this. 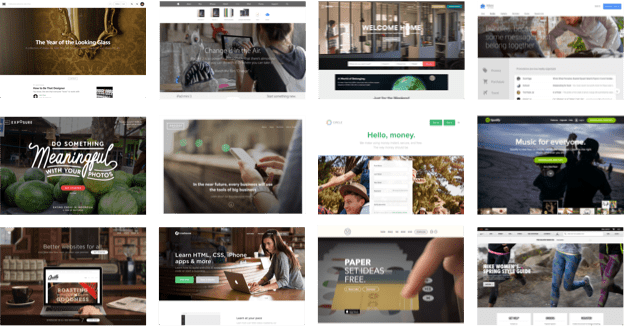 Some claim the trend towards minimalism is a sign of more mature users: innately familiar with how to interact with UIs, they no longer need to be hit over the head with obviously-pressable beveled buttons. The training wheels have come off, and so designers are free to express themselves stylistically again, less encumbered by the obligation to educate. Finally the smaller size of mobile screens has contributed, most naturally accommodating simpler, less fussy designs.

The commoditization of design

When you squint your eyes and tilt your head, don’t a lot of these products look awfully, well, similar? Don’t they look pretty but, at times, a little dull?

When it becomes necessary for virtually every business to signal they value design by adopting an up-to-date style, it becomes a commodity, a box to be ticked. That fresh look quickly becomes a cliché. This descent towards aesthetic monoculture was helped by the ease with which this particular style can be cheaply imitated: stick a blurred photo in the background, lay some centered Helvetica Neue on top and you’re already halfway there!

some beautiful agency sites. but we may be approaching a singularity in the design of ourselves. pic.twitter.com/ZgvdrMLS81

What other opportunities might we be missing out on? The internet and its surrounding technologies are the driving cultural forces of our generation. Taken individually all of these designs are quite beautiful. But who wants to live in a world with only one type of beauty?

The status quo of visual design in software is pleasantly inoffensive, but also somewhat uninspiring. It is of course natural for styles to settle into a comfortable conclusion for a time. These things come in cycles and mobile UI design is clearly providing a lot of cues here. Who knows, we may even be nearing the crest of the trend: Peak Flat, if you will.

If current styles were precipitated by the introduction of touchscreen devices, it may be the case that newer technologies will trigger a whole new wave of visual styles.

If these trends were indeed triggered by new materials, it may be instructive to look to the past, to other schools of design, and to study how designers react to technological change.

During the early 1900s the Swiss-French architect Le Corbusier seized upon the relatively new construction method of reinforced concrete – steel bars encased in slabs of concrete – to enable him to design buildings that were previously structurally impossible. Chasing an absolute purity and minimalism in his work, Le Corbusier reduced the structure of his buildings to the absolute minimum, creating drastic and stunning new styles of modernist architecture. Anything deemed not essential was considered superfluous, almost offensive. 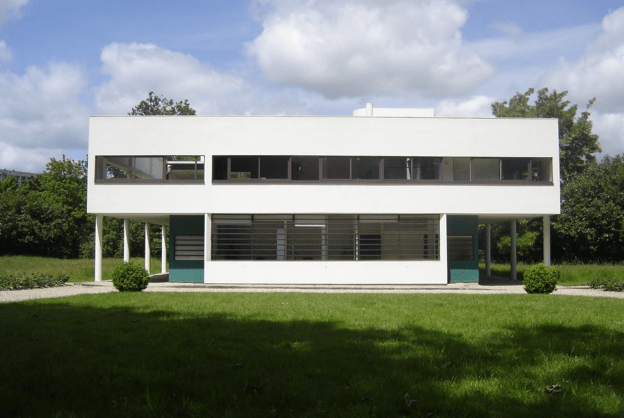 Although the influence of this style was significant, we don’t see buildings like this everywhere today. Why not? One reason may be that these designs, often benign and sometimes wonderful when viewed in isolation, add up to a lifeless whole when repeated endlessly. Le Corbusier’s unrealised plan for a “Radiant City” in Paris of repeating sixty-story housing units would surely have been a social and aesthetic disaster, almost oppressive in its modernity, not to mention devoid of the soul that makes so many cities great. 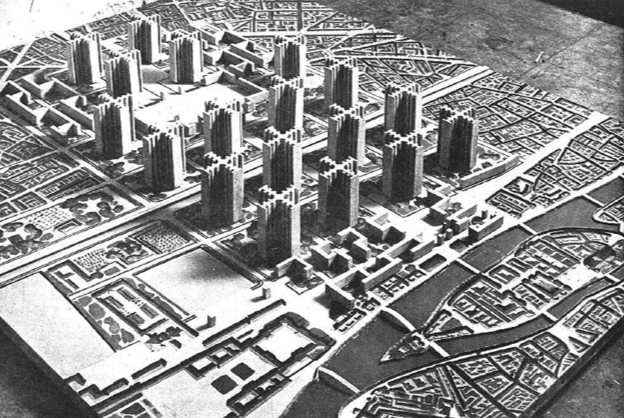 The alternative is a more bottoms-up, organic, and mixed approach to design. Jane Jacobs, activist and critic of urban planning wrote in her wonderful book The Death and Life of Great American Cities, “There is a quality even meaner than outright ugliness or disorder, and this meaner quality is the dishonest mask of pretended order, achieved by ignoring or suppressing the real order that is struggling to exist and to be served.”

Repeated endlessly, even beautifully simple design can become boring at best, ugly at worst. If all software begins to look the same we lose out on the opportunity to see something as wonderfully different.

Just as we live in cities, we inhabit our digital spaces. How these spaces make us feel is important, and so functional considerations need to be balanced by less tangible qualities if these spaces are to become truly special. Variety and richness of aesthetics allows products to stand out in relation to one another, and in doing so reach a true expression of beautiful design.

It’s worth asking some questions, and in the process trying to imagine what an even more mature era of software visual design might look like.

So which of these predictions will come to pass? Well, you’ve made it this far, I’m not going to start lying to you now.

Maybe there won’t be a seismic shift at all. The literal representation of real-life objects in UIs hung around for a long time after the birth of the desktop metaphor. Who’s to say this new approach of manipulating minimally-adorned digital objects won’t stay with us for just as long?

But somehow I doubt it.

Think you have an answer?

Drop your thoughts in the comments below. What examples of truly unique design have you seen recently? We’d love to see early suggestions of what might come next.