The fastest growing software companies in recent years all have something in common – they started with little to no sales team.

They relied on a great product, with a passionate userbase that helped kickstart an organic growth engine which sold the product for them. But even for companies with this early viral growth, there comes a point in time when this organic growth needs to be supplemented with formal sales.

It’s become apparent that for hypergrowth SaaS startups today, there are two distinct phases. The first stage is building an organic growth engine. The second stage is treating growth as top of funnel marketing and layering on sales to open up profitable yet harder to reach segments.

Back in 2016, this is exactly the situation Stripe found themselves in. Stripe hit the market with such force that they could rely on a high-velocity, bottom-up distribution engine to give them the kind of traction other startups could only dream of. But like so many other startups today, when they wanted to press the startup accelerator pedal down hard, they too looked to start building out a sales function.

So how did they go from product-market fit to actually scaling a sales org around a repeatable sales process?

To find out, we sat down with Jeanne DeWitt, Head of North America Revenue & Growth at Stripe. Jeanne arrived at Stripe back over three years ago, when Stripe had little to no sales function. Arriving at a company that had found early success epitomizing Paul Graham’s mantra of “do things that don’t scale”, her brief was the opposite – to build a sales organisation that would scale.

If you’d like to hear more, you can listen to our full conversation above, or read Jeanne’s insights below.

This is episode  four of Scale, a brand new podcast series on moving from startup to scale up. If you enjoy the conversation and don’t want to miss the rest of the series, just hit subscribe on iTunes, stream on Spotify, Stitcher, or grab the RSS feed in your player of choice.

How to bring formal sales into a growing startup

Thanks to the explosive growth of products like Dropbox, Asana and Slack, the self-serve model has been all the rage for close to a decade.  The self-service model requires little to no selling whatsoever, saving time, labor and resources for a growing startup. What’s not to like?

But as a startup starts to grow into a mature organization, it’s natural for the team to think about expanding to more lucrative customers, at which point the self-serve model reaches its limits. Selling an enterprise deal is a lot like getting a bill passed in Congress, and requires a different set of skills, all of which the self-serve model doesn’t optimize for.

The natural evolutionary path is to add a few sales reps and think they’re on a path to take ARR from $10M to $100M and beyond. But what many teams don’t realize is the amount of strategy, operational groundwork and even culture adjustment needed to introduce sales into an organization. Moving beyond the self-serve sales model requires careful planning and execution, something Jeanne was well adept at handling from her decade long career at Google:

“When I walked into Stripe, I would say it was a bunch of wicked smart people trying to do their best but with very little process infrastructure and what you might describe as ‘classic’ sales training. The company was also getting pulled upmarket. You land Shopify as a Series A company and next thing you know, they’ve had a very successful IPO, and you now have this massive public company on your platform. We were getting ‘at bats’ that we didn’t expect from the likes of Amazon.

“The first thing we did was to try to understand where buying behaviors changed, and develop customer segments that were predominantly based on size. The second thing was understanding the business model of people who were evaluating Stripe: Do you sell to businesses or do you sell to consumers? Are you a marketplace or are an e-commerce retailer?

“This helped us create what we call ‘categories’, a hybrid which includes both a vertical and a business model, which we use to structure our sales team.” 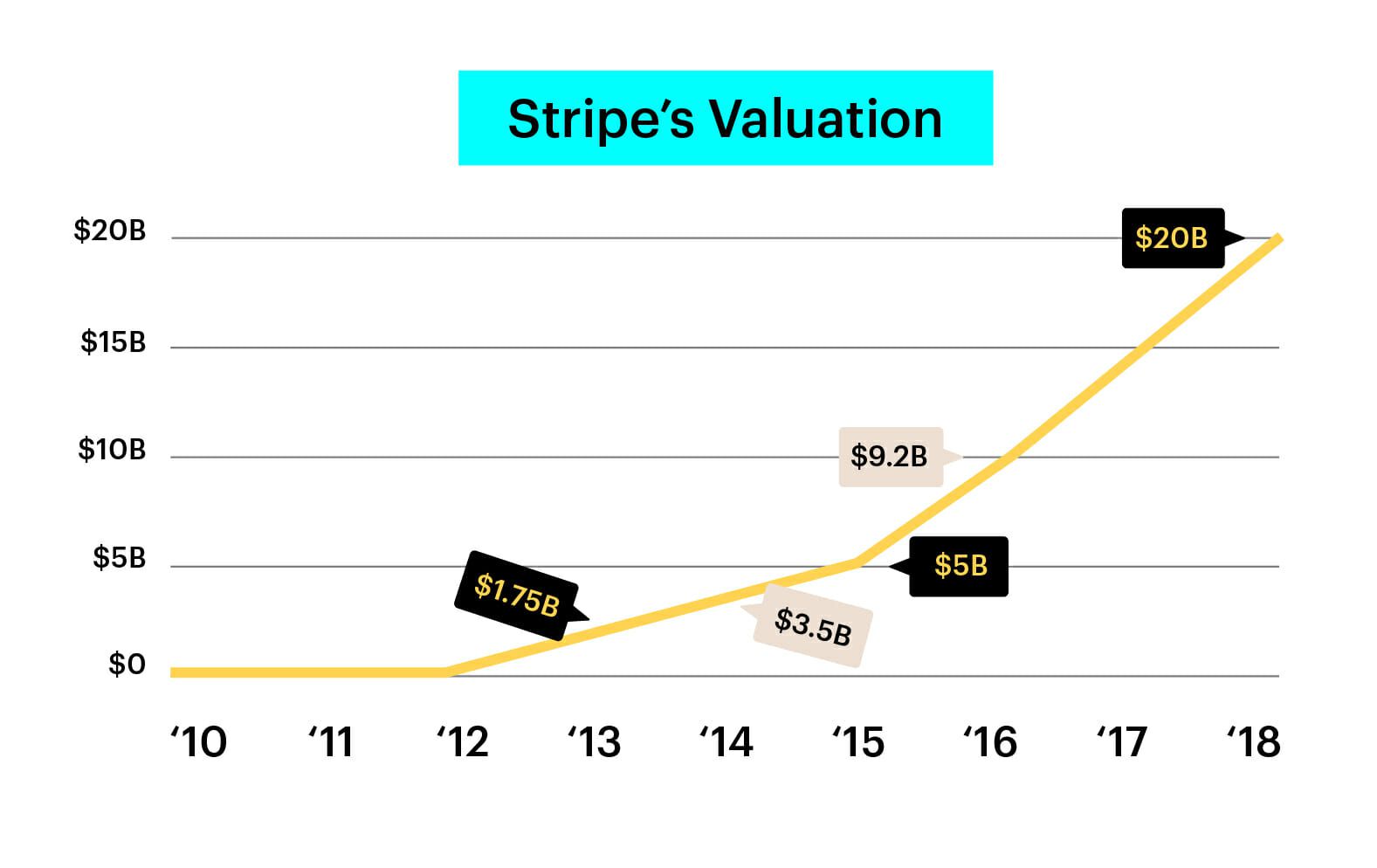 Imagine you went into a retail store and started a conversation with a sales rep. After a few minutes discussing your needs and building rapport, the sales rep said “I’d like to introduce you to Billy. He can help you from this point forward.” Have you had this experience? Was it enjoyable? Not likely. But for some reason this is precisely what the 99% of software companies are doing when they implement the SDR/AE sales model.

Created and popularized by Salesforce.com and then written about in the book Predictable Revenue, the appeal of the SDR/AE model is obvious. The SDR finds leads and hands them to the AE, whose job is to complete the sale. It’s supposed to allow SDRs and AEs to focus on the things they’re good at, but in reality it can feel very disruptive to the customer. A fumbled handover can be extremely frustrating and damage the trust that has been built up between the lead and the SDR, and ultimately runs the risk of slowing the sales cycle down.

At Stripe, Jeanne is trying a different approach. Reps manage the entire sales process from start to finish. They source, engage, qualify, demo, and sign contracts, with no awkward handoffs.

“People are smart. They know when they’re being qualified. At this point, everyone’s got SDRs in Silicon Valley, yet nobody likes the experience of being run through BANT.

What we’ve done instead is to have very well-coordinated schedules [for sales reps] so that we still maintain those single minute SLAs to respond to leads. Reps will be in inbound, lead-taking mode for two hour blocks throughout the day and they’ll take them through qualification all the way through to close.

“It requires more coordination, but it’s a better experience for the customer. What I always found with like the traditional inbound SDR function is that the AE winds up repeating that entire conversation when they get the opportunity, which is not a great feeling for the customer.”

Despite the exponential growth they’ve gone through, Stripe have been refreshingly conservative about how quickly they grown the company from a headcount perspective. Like Atlassian and other product-first companies, the majority of Stripe’s revenue is spent on research and development as opposed to sales and marketing. This all ties back to one of Stripe’s core operating principles – “efficiency is leverage.”

This meant that when Jeanne wanted to get an outbound sales program off the ground, she had to get creative. Rather than hire a dozen reps to focus exclusively on outbound, she used data science to supercharge the workflow of her existing team.

“We are a very engineering-centric company, so 50% of headcount is always going to be on engineering. That leaves the other half to divvy up between the rest of us.

I knew straight out of the gates that we needed to invest in outbound, but that there was no way I could do the typical model of 3:1 SDRs to AEs, or any other similar ratio. We just were never going to get that headcount.

“What we’ve really invested deeply in instead is a much more data-driven model. We have two data scientists dedicated to working with us on outbound sales to bring scale and data to bear on pipeline generation. They’re building what we’re calling ‘the company universe’. If it’s successful, every company in the world will be aligned in this database.

“We have used data from tons of different sources that helps us understand a lead’s propensity to buy and what should be talking to them about. Rather than hiring a tonne of more reps, we’ve tried to be a little bit more scalable and also be very, very targeted.”

Be prepared to carry the water

For any new leader arriving at a new company, the natural inclination is to deploy the tried and tested tactics and strategies that have made them so successful in their career to date. For example, if your last role was at Google and you had developed extensive experience in say, outbound sales, it follows that you’d want to deploy some version of that at the new company.

However, experience can also blind you to the realities of what’s required in your new role. Achieving success as a leader straight out of the gate is normally tied to being truly open to listening and understanding the specifics and nuances of the business, rather than trying to deploy tried and tested playbooks wholesale.

Prioritize getting to know the day-to-day challenges faced by your team, and don’t be afraid to get in the trenches with the team, getting first-hand experience of their daily routine.

When she first arrived at Stripe, Jeanne took time to understand what it’s fundamentally like to be on the front lines.

“When I came in, the first thing I did was recognizing that I was coming to the table with a set of my own sales leadership skills, but that Stripe was a different place. First, selling payments is actually reasonably different from selling SAS. I wanted to sort of figure out what aspects of my experience were going to be relevant at Stripe and where I was going to have to throw some things out and re-learn.

“Basically, what I committed to doing was being an Account Executive for the first couple months. I spent about half of my time just closing deals on the front lines. I think the two things that accomplished were one, having a much stronger awareness of what we actually needed to do from a sales process perspective. Then also having the credibility, as I wanted to effect change within the organization, of having modeled the behavior that I wanted from my team.

“It’s one thing for me to tell you to negotiate differently. It’s another thing if you’ve seen me do it, and saw that it was more effective, and now want to do something similar. I think that helped build a lot of credibility, which was important at a company like Stripe. I think it also gave me a lot of empathy. It’s a hard sale sometimes.”

Customer expansion is your next growth channel

If you had one dollar to spend on your startup’s growth, should you spend it on acquiring a new customer or on expanding an existing customer? In a recent study of a few thousand SaaS executives by ProfitWell, 7 out of 10 of them said if they had to focus on one piece of their business, it’d be net-new customer growth.

What Stripe has demonstrated to the industry is that this isn’t the only way to grow. You’re hampering your own success if you don’t consider how you can grow with existing customers.

“We have been very focused investing in what we think are most likely to be the breakout startups of the future. We’re probably over-investing in them before they’re technically large enough or spending enough money to merit that investment.

“But if they get the best practices from us, does that make them more likely to become a Series B, Series C company because we helped facilitate that? One of the things that’s great about Stripe’s commercial model is we make money when the customer makes money.”