Head of UX, Each & Other

Gmail’s new tabbed inbox has polarized users. Some say it has freed up their inbox, while others say Gmail is now more complex. Marketers, in particular, are not its biggest fan.

What follows is a guest post from Lar Veale, Lead UX Analyst at iQ Content. Note the open rate data Lar uses for analysis in this post was not from Intercom.

It started about a month ago when I got a few irate text messages asking where the hell was I. I hadn’t got the email was my excuse.

Well, I had, but I had fallen foul to Gmail tabs, with the mail sitting under the Updates tab, one of four “new inboxes” that Google had created for me within Gmail. Turns out I wasn’t the only one affected.

Announced back in May, Gmail tabs has been rolled out over the summer and seems to have made email marketers a little worried about where their emails are ending up. Echoes of Facebook page owners up in arms about not being able to reach their fans via their feeds, perhaps?

The designers and engineers within Google probably have different email problems than most Gmail users, so initially these tabs feel like more work than they’re worth. You could call this “shit work”. Much like I’m not keen on arranging my friends into different circles for a social network, I’m not excited about managing an additional 3 inboxes.

Let’s look at it from the marketer’s perspective… I analysed 19 newsletters sent to between 4,200 and 5,000 subscribers. The average open rate over the 19 campaigns over the five months (March to September) was 22%. There are peaks and troughs in the open rate over the 5 months and looking at some of the email clients (iPhone, iPad, Gmail and Hotmail) it seems that they rise and fall in more or less the same pattern. Except for Gmail.

Gmail is down to record lows since the end of July when tabs were rolled out in greater numbers. This could be seasonal, but email providers who deal in the hundreds of millions of emails are reporting similar (Litmus reports an 18% drop, Mailchimp reports a smaller drop).

Looking at the average open rates for the three emails before and after the 1st of August, we’ve detected a statistically significant difference in their open rates. Given no other email client was affected, we have to conclude Gmail tabs are to blame. Gmail needs to be more than an SMTP setting for all the latest email clients in the App Store. To this end, Google are drawing a line between the stuff you care about most and what marketers want you to see.

This new set-up could make users pay more attention to emails in the Promotional tab. A user clicking promotional is clearly looking for offers, bargains, or distractions – or looking for a lost mail, but that’s a different post.

Google are drawing a line in the inbox. On one side “Your primary emails”, uninterrupted. On the other “Promotions”, where marketers who worked hard to win your email address are now given their own section. This all sounds fine, until you remember that, despite being rather good at it, Google are not in the business of making email clients.

They’re in the business of making software that people will use, so they can selling advertising space inside it.

By relegating email marketing to a tab, they’re creating a new place for adverts where they can appear alongside emails you’ve actually subscribed to. So why bother doing all that content marketing just to gather email addresses? Now you can just pay to skip the queue. Easy.

What can be done?

Email is a primary channel for talking to customers, and Gmail is the choice of this generation. These changes mean that it has just become harder to talk to customers.

1. Ask your customers to re-instate you

The only proven way back to the primary inbox is to ask your customers to put you there. It’s hard to do this, without making it seem like shit work for your users. Here’s how Gap have done it, for example: Such strategies are rarely popular with customers, leading to responses such as the following.

What about speaking to your customers, in your product, instead of in their inbox? While email remains a critical channel for certain types of communications, messages such as “Add your teammates”, “Connect your Facebook account”, “Create your first report”, or “How should we improve the product”, are best sent to customers while they’re using the product. Bear in mind the vast majority of emails are going to be received (and archived) on cellphones, making the “Simply generate your first report” type message less useful. Plus a 100% open rate is not to be sniffed at :)

With inbox tabs and importance ranking Google have created a new version of SEO and SEM. Much like with searching, you can pay to jump to the top. What will happen in inbox advertising takes off, and becomes very competitive? Let’s not forget what happened to search ranking… 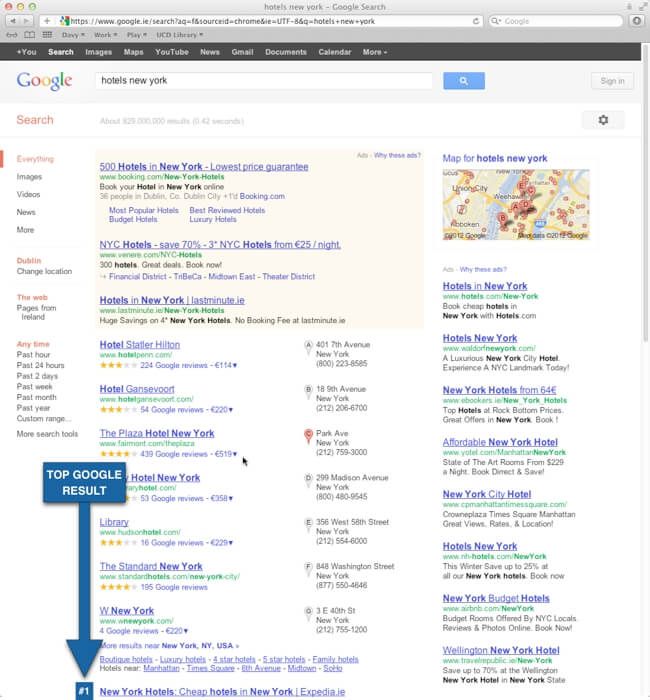